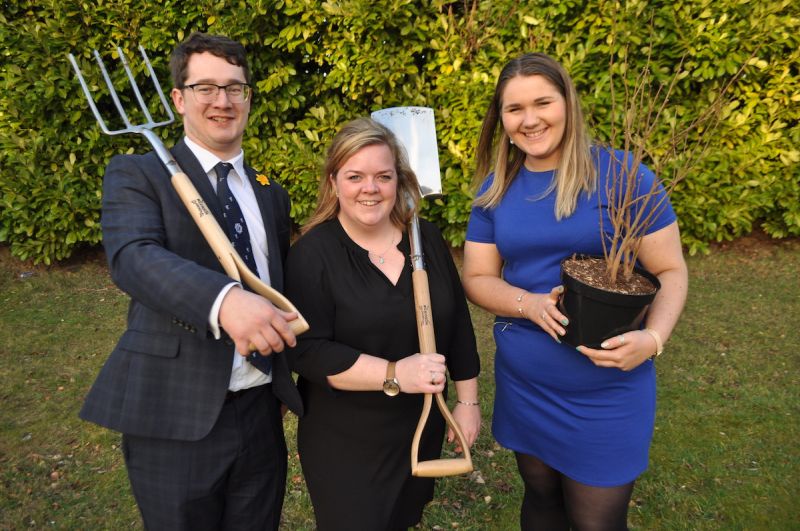 Young farmers are being encouraged to support the environment in their local communities through a new tree planting initiative.

The new chairman of the National Federation of Young Farmers’ Clubs (NFYFC) has officially launched the #ProtectYourFuture campaign.

The campaign will encourage all YFCs a goal of planting a tree per member in 2019. It could see thousands of trees being planted across England and Wales.

The tree initiative has been set up in partnership with the Woodland Trust and was instigated to support the government’s Year of Green Action and the #IWill4Nature campaign.

With the launch of the government’s 25-year environmental plan, the #iwill campaign, Defra, and a group of 25 environment and youth-sector partners, of which NFYFC is one, want to keep young people at the heart of environmental social action.

Katie Hall, 30, a member of Tewkesbury Young Farmers’ Club, Gloucestershire for 12 years, was elected as the national chairman of the NFYFC.

“I am a proud supporter of what Young Farmers’ Clubs can achieve when they work together and I am ecstatic to be leading our 615 YFCs during my year as Chairman.”

YFC members have until August to order their sapling trees from the Woodland Trust. The tree planting will then take place across England and Wales in November 2019.