'Record low': 27 per cent drop in use of antibiotics in livestock 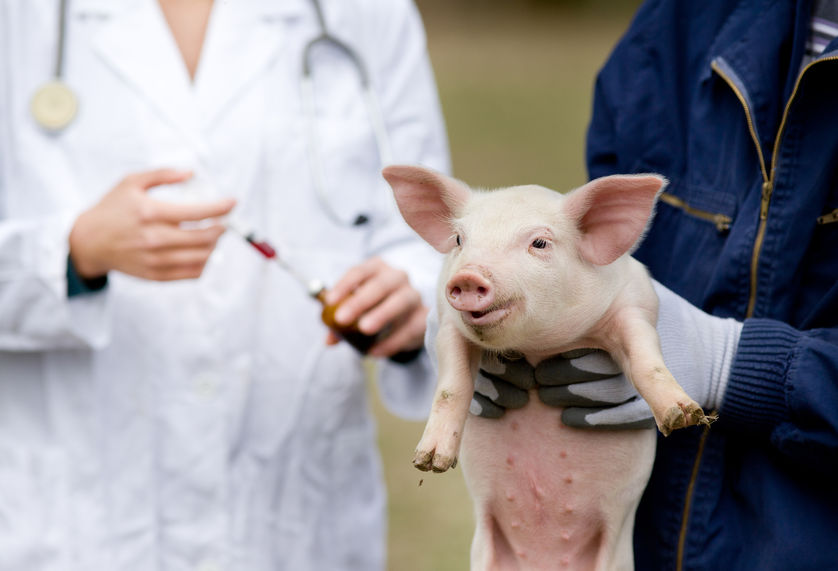 Antibiotic resistance is a major threat to modern medicine

There has been a 27 per cent drop in use of antibiotics in food-producing animals since 2014, according to new government figures.

Sales of antibiotics for use in animals in the UK have fallen to their lowest level since records began.

The figures have exceeded a government target to combat the threat of antibiotic resistance (AMR) two years early.

A Defra report released on Friday (27 October) shows sales of antibiotics for use in food-producing animals dropped by 27%, from 62 mg/kg in 2014 to 45mg/kg in 2016, surpassing a government target of 50 mg/kg set following recommendations in the 2016 O’Neill Review on Antimicrobial Resistance.

Antibiotic resistance is a major threat to modern medicine with estimates suggesting it could be responsible for ten million deaths per year by 2050 and cost the global economy $100 trillion.

In 2013, the UK government launched a strategy to reduce the development and spread of antibiotic resistance in animals and humans.

As part of the strategy the government has provided advice to the farming industry and veterinary profession, encouraging more responsible use of antibiotics to safeguard them for the future.

Defra Minister for Rural Affairs and Biosecurity, Lord Gardiner, welcomed the report’s findings. He said the UK is at the forefront of global efforts to tackle antibiotic resistance.

"The fact we have overtaken our target two years ahead of schedule demonstrates our commitment to preventing the inappropriate use of antibiotics and shows our approach is working.

"Our farmers and vets must be commended for setting an excellent example for others around the world to follow, upholding the UK’s position at the forefront of international efforts to keep antibiotics available for future generations.

"Now we must continue making progress and set our sights on reducing use even further. Ambitious specific reduction targets in different sectors will be yet another positive step towards safeguarding antibiotics."

Sales of all the highest-priority antibiotics - considered critically important for human health - have also dropped, accounting for less than 1% of all antibiotics sold for use in animals in 2016. This includes an 83% reduction in sales of Colistin.

The UK’s Chief Veterinary Officer, Nigel Gibbens, said: "These results are immensely positive to see and show the combined efforts of vets and farmers to reduce antibiotic use are paying off. Vets are taking accountability for their prescribing decisions and farmers are investing in disease prevention.

"We need solidarity across the profession; no veterinary professional must offer an easy route to access antibiotics where they are not justified.

"Tackling antibiotic resistance requires a commitment across all areas of animal health, together with work on human use by colleagues in the medical professions, and our work together to tackle the issue at global level."

The UK’s Chief Medical Officer, Professor Dame Sally Davies said "drug resistant superbugs" are not just a problem confined to human health, but an issue that spans humans, animals and the environment.

"If we act in isolation, we will fail," Prof Davies said. "This is a commendable achievement from our agricultural and veterinary sector to reduce the inappropriate use of antibiotics. It shows the entire world what can be done when we join forces and work with focus and passion.

"But we cannot rest on our laurels. This progress demonstrates the commitment is there, but we need to build on this momentum and continue to do more, in every sector, and in every country, to stay ahead of superbugs."

A task force established by the industry alliance Responsible Use of Medicines in Agriculture (RUMA) has published targets on antibiotic use to show how each farming sector will build on the progress made to date.