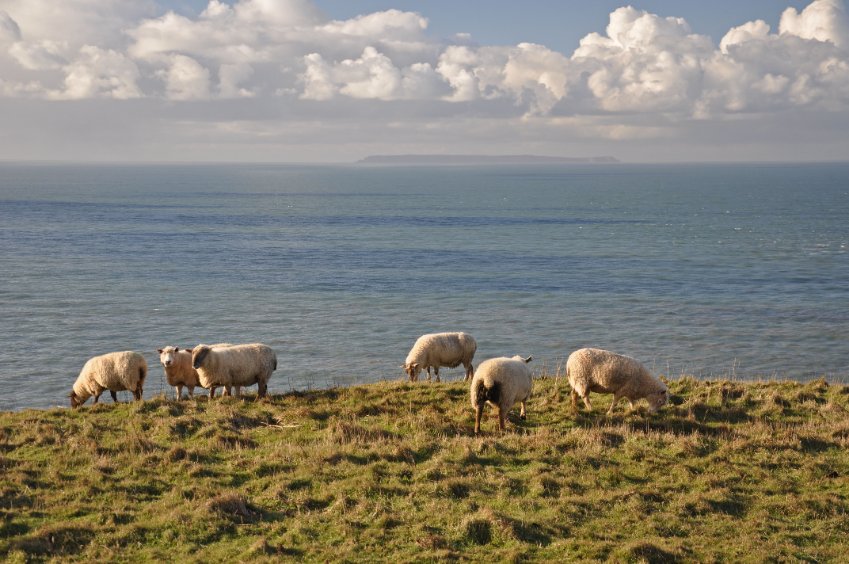 Converting grazing land to arable is 'unsustainable' in the West Country and other parts of northern Europe, a new study warns
Sign in to add your own press release SIGN IN Register

Converting farms from livestock to arable would lead to regular crop failures, according to analysis of one the UK’s largest beef and sheep rearing regions.

The study focused on the southwest of England in response to questions over what could happen to UK livestock farming if society shifts toward more plant-based diets.

It found that the chances of successfully growing winter wheat on fields once used to raise livestock could be as little as 28% in future, as increased rainfall will make sowing the crop impossible in some years.

Forecasts show that in the absence of climate change, yields could be greater than 14 tonnes per hectare - but when the near certain impact of increased future rainfall on sowing and harvest dates were included, it fell in some situations to less than 3t per hectare.

Rothamsted Research lead author Dr Lianhai Wu said: “Adapting to the changing climate and changes in consumer demands will force us to diversify land from its current uses.

"Livestock grazing is the main type of farming across the west of the British Isles and it has been suggested that grasslands in the region could be converted to other land uses, such as growing cereal crops.

“However, our simulations suggest that, for the southwest of England, planting winter wheat between October and December would be impossible in some years because of constraints on soil ‘workability’.”

‘Workability’ is the ability of a soil to support being ploughed, and along with ‘trafficability’ – the capacity of soil to support heavy farm machinery without becoming damaged – is determined in part by the weather, soil properties, and the previous impact of machinery.

The study, which also involved SRUC, looked at three soil types common across the southwest, under the current climate and three climate predictions from the Met Office.

Across the soil types and climate scenarios, the chances of successfully sowing winter wheat between October and December ranged from 28 to 76%, whilst harvesting was predicted to be less impacted by the predicted increases in rainfall.

The climate models show the number of heavy rain days, those with more than 2cm of rain, will increase in the southwest from 6, to as many as 17 days a year, by the end of the century.

Delays to sowing and failure to harvest a crop in some years due to wet weather made the idea of conversion to arable a “non-starter” for livestock farmers in the southwest, said Dr Wu.

“But the question still remains – if we are going to eat less meat and rear less livestock, what happens to these farmers and these farming areas?”

The study also looked at the implications for soil carbon storage and greenhouse gas emissions if grassland cut three times a year to provide silage, was converted to winter wheat.

Including two other greenhouse gases, nitrous oxide and methane, in the calculations, it showed that whilst average emissions from soil growing ryegrass were higher than from the same land converted to wheat, this was compensated for by the greater amounts of carbon stored within the ryegrass.

Grasses return more of this carbon to the soil after they die, and as such, carbon stocks declined annually after converting grassland to wheat by 165 - 280 kg of carbon per hectare, depending on climate scenario and soil type.

“Grassland conversion in the region would not be sustainable in terms of carbon sequestration although applications of livestock manure or other organic materials could mitigate soil C losses to some extent,” said Dr Wu

“In terms of storing carbon in the soil, converting grassland to winter wheat is therefore unsustainable in areas with soils and climates similar to the southwest of England, such as many other areas in the UK and northern Europe.”