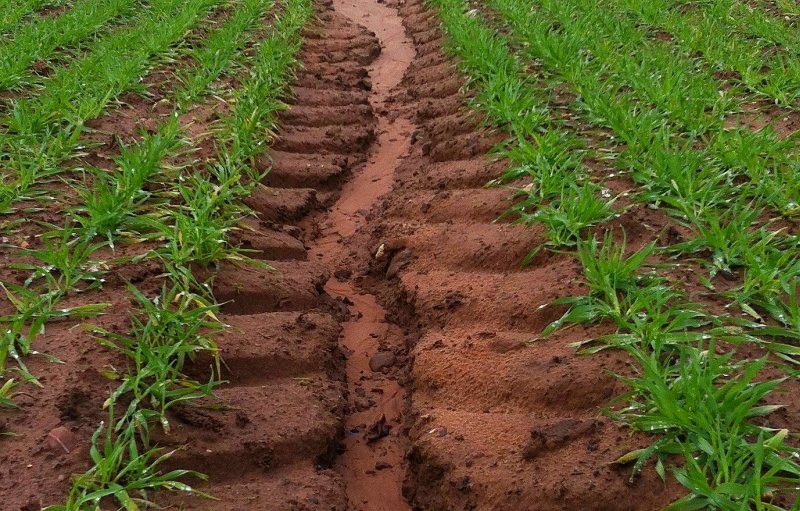 'Unsustainable' soil erosion has been recorded in parts of the UK, according to a team of researchers
Sign in to add your own press release SIGN IN Register

Soil erosion in parts of the UK is currently at 'unsustainable levels' leading to fears it could cause a drop in crop yields, a new study shows.

This may not reflect the national picture, as the University of Exeter study has highlighted that existing studies are frequently biased towards places which have eroded in the past.

However, the findings still show that erosion can occur at problematic levels under a range of conditions, meaning soil resources are at risk in the medium to long term.

If soil erosion is not managed properly in the UK and around the world it could affect farmers' ability to feed a growing population, she said.

“Soil run-off also leads to significant extra sediment in waterways, increasing the damage to ecology and risk of flooding downstream.”

Land management affects erosion rates. For example, leaving fields bare, ploughing up and down a hill or growing arable crops on steep slopes raise the risk of erosion during heavy rain.

Soil types and local geography also affect erosion rates, though erosion is shown to occur on any soil that is intensively farmed, especially when rainfall is extreme.

“We argue that this should be addressed as a matter of urgency by policymakers, with soil protection at the heart of forthcoming environmental land management schemes.”

Despite raising concerns about UK erosion above the “tolerable” rate of one metric tonne per hectare per year, the study says erosion rates in the UK are relatively low compared to the rest of Europe, demonstrating that erosion is a serious global problem.

The highest UK erosion rate found was more than 140 tonnes per hectare per year – recorded on a single field in West Sussex in the early 1990s.

“Analysing existing research, as we have done here, it is difficult to define what constitutes a soil erosion ‘problem’, and to know how serious an issue this is in the UK,” said Professor Richard Brazier, a co-author on the paper.

“What is clear, however, is that soil erosion rates of the order reported will lead to serious impacts on soil productivity if left unchecked."