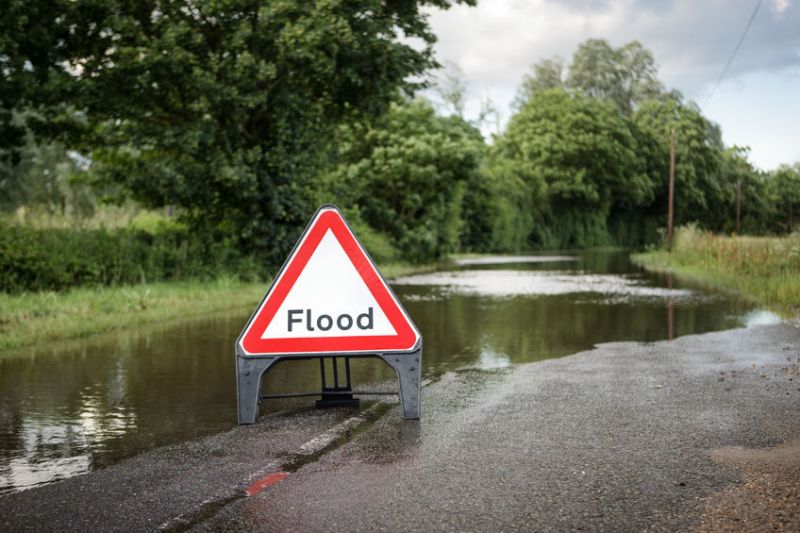 Dozens of flood warnings remain in place around the UK, including five severe warnings

More than 1,000 acres of Lincolnshire farmland has been flooded as twelve flood warnings remain in place in the county.

The Environment Agency says it is aware of a breach on the left bank of the river, near Short Ferry.

It adds that large areas of farmland are currently flooded and there remains a risk to low lying properties in this area.

“We are monitoring the breach location, and we will be working with the Internal Drainage Board to develop a plan to pump the water back into the surrounding river channels," the agency said on Monday (11 November).

The water from the Barlings Eau has burst its banks near to Short Ferry just outside of #lincoln, we went there this morning, part of the road is at least 4/5 foot under water @itvcalendar pic.twitter.com/AscXgARwQf

“Early indications are that it may be several days before levels in the Low Barlings area and River Witham fall sufficiently enough for the water to be pumped back successfully into the rivers.”

One farmer affected by the flooding told BBC News that the Environment Agency should be doing more to alleviate the problem.

'It's still flooding our land now.'
The Barlings Eau in Lincolnshire burst it's banks at the weekend. pic.twitter.com/sht9eISQMP

Henry Ward, who farms near the Barlings Eau river, told the broadcaster: “I'd just like a plan going forward, what's going to happen in the short term.

“We'd just like to know when they're going to plug the hole.”

Prime minister Boris Johnson is due to chair a meeting of the Cobra emergency committee later today (12 November) in response to the floods.

The NFU has urged the government to adopt a 'common-sense approach' when helping those affected farmers.

In particular, the union has asked Defra and the Rural Payments Agency to be flexible during this period and ease the problems of cash flow.