15 sheep killed due to loose dog on East Sussex farm 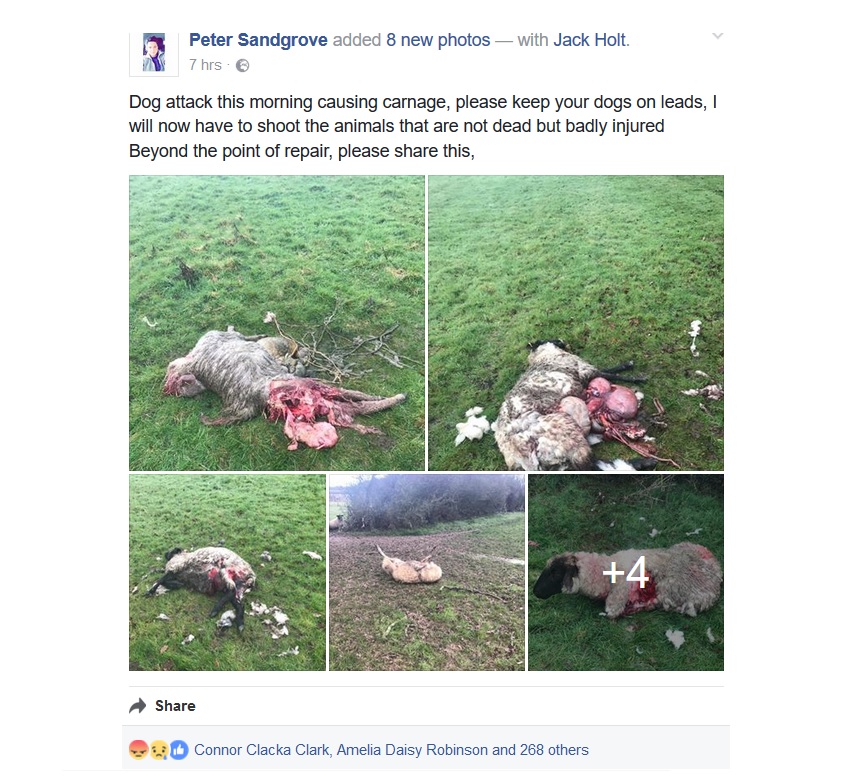 A farmer has urged dog walkers to keep control of their animals after 15 of his sheep were violently killed at an East Sussex farm this morning (Tuesday, February 28).

23-year old Peter Sandgrave, who owns the sheep at Nightingale Farm, in Hailsham Road, said he had a call to say two dogs were chasing his sheep.

“You are not only destroying a farmers life – what they do for a living – you are letting animals die because you are not looking after your dog.

“Feel free to share this far and wide and let people know what the consequences are of not having dogs on leads.”