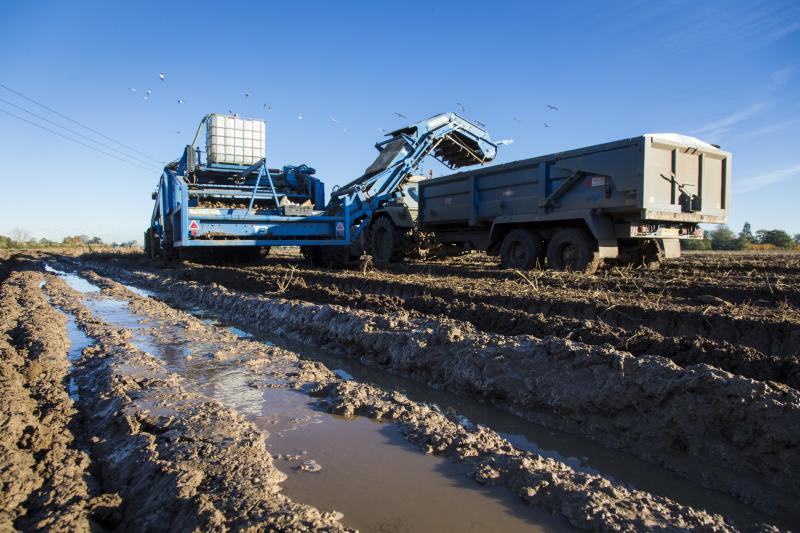 The region with the largest unharvested area is the North (East and West) at 16%, one of the worst hit by the heavy rainfall

Total potato production in Great Britain for the 2019 crop has been estimated to be the fifth lowest on record, according to latest figures.

While total GB production is 4 percent more than last season, it still comes in at the fifth lowest on record.

The region with the largest unharvested area is the North (East and West) at 16%, one of the worst hit by 2019's heavy rainfall.

The South East, South West and Wales and West Midlands also saw a reduction in production compared to the last season.

The varying regional impacts of the rain have affected some sectors more than others, with the processing crop the worst affected.

AHDB says that, crucially, this season will be how the crop stores, especially that lifted during the worst of the rain.

The end-November stocks estimate, due this week, will give a first look at the volume of grower-held crop.

However, the statutory levy board adds that the actual amount of this that is suitable for use remains to be seen.