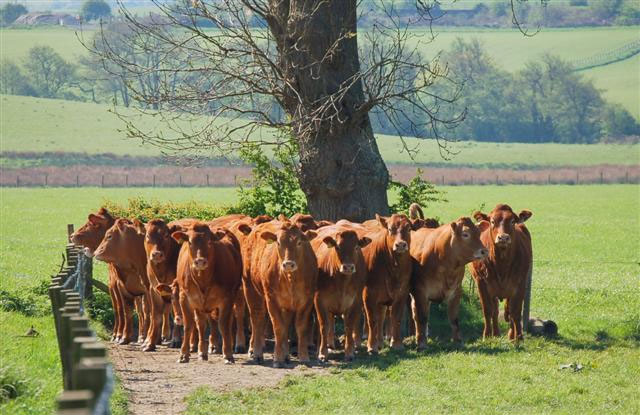 In 2012, the spread of bovine TB led to the slaughter of 38,010 cattle in Great Britain, a 10% increase compared to 2011, according to new statistics published today.

The published results highlight the growing impact of the disease on the UK dairy and beef industry and emphasise the 'need to take urgent action to reduce the spread of TB', the Department for Environment, Food and Rural Affairs said.

"Bovine TB continues to spread at an unacceptable rate, leading to the slaughter of thousands of cattle and ongoing misery for our dairy farmers" Farming Minister David Heath said.

"What was once confined to a small area of the south west has the potential to become a national crisis and if left unchecked could cost the taxpayer £1 billion over the next ten years. We cannot afford to sit back and let this happen, which is why we are doing everything we can to get on top of this dreadful disease."

More new tough on-farm rules were also introduced in January 2013 as part of the Government's TB eradication plan which aims to tackle all aspects of TB infection in the countryside.

Carl Padgett, past President of the British Veterinary Association said: "The figures remind us that urgent action is required to help us get on top of this disease."

"We need to ensure compliance amongst farmers with the tougher cattle control measures, a strong push from the Government on cattle and badger vaccination, and support for measures to tackle the disease in badgers through piloting a targeted, humane cull."

Environment Secretary Owen Paterson confirmed two badger cull schemes are to go ahead in the summer to tackle the spread of TB among cattle.

Paterson said: "Bovine TB is spreading at an alarming rate and causing real devastation to our beef and dairy industry."

"TB is one of the largest threats facing our beef and dairy farmers" he said.

"This means we have seen almost ten per cent more cattle culled in Great Britain, and a seven per cent increase in England, because of TB since 2011. And it is not just in endemic areas, TB is creeping into new areas like the North and East Midlands, Cheshire and the South East. This has to stop."

The Farmers' Union of Wales said 'huge damage' was being done to cattle herds as a result of a massive rise in the badger population.

"These researchers have quite rightly highlighted the damaging impact that an expanded deer population in some parts of the UK is having on woodlands, and the knock-on effect on other animals such as woodland birds" said FUW president Emyr Jones who was speaking after a recent council meeting.

A recent study by the University of East Anglia warned that wildlife and the environment could suffer as the UK's deer population increases. Jones said people 'must have the backbone' to apply the same logic to badgers.

"Generally deer are not a major problem in most of Wales, but we have a badger population which has grown to unbelievable levels since the 1970s, and badgers are now found living and foraging on mountains and moorland at heights of over 1000ft above sea level – well away from their traditional woodland habitats.

"Some farms have seen at least a five-fold increase, and it is pretty obvious that five times more badgers need five times as much food. They don’t get that food from the local supermarket; a large proportion of their diet is made up of other animals."

But recent research conducted by Durham University claimed a widespread badger cull will have no impact in solving the problem of tuberculosis in cattle.

Professor Peter Atkins, from Durham University's Institute of Hazard, Risk and Resilience investigated the spread of the disease.