Aberdeen crop trial field to be dug up and transported 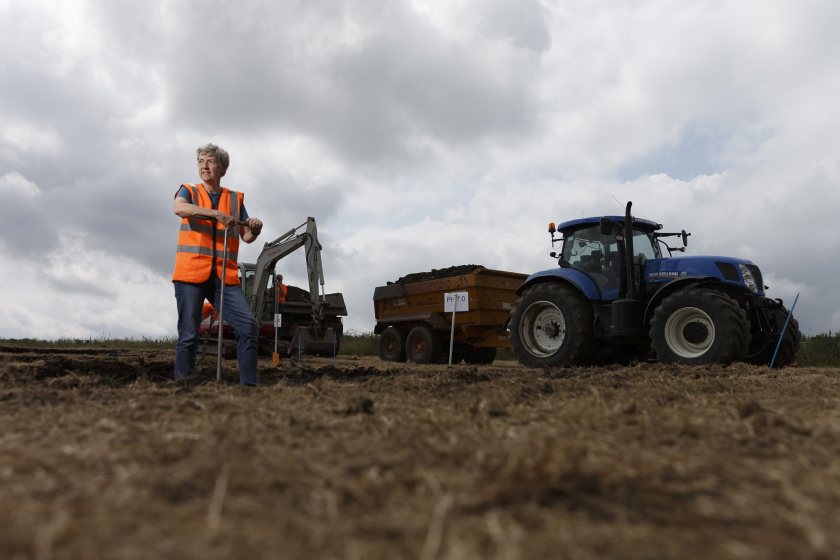 An Aberdeen crop trial field which has been providing Britain’s farmers with vital scientific data for 60 years is being dug up and transported a mile along the road.

Around 450 tonnes of soil is being taken by tractor and trailer from Woodlands Field at Craibstone to a pre-prepared field nearby to “preserve the unique historical legacy of the soil’s management”.

The soil will be used for new research to better understand the relationships between acidity, carbon and nutrient dynamics and help design agricultural systems with lower emissions.

Operated by Scotland's Rural College (SRUC), Woodlands Field has been home to a pH gradient rotational experiment since 1961.

The maintenance of the soils at different pHs (levels of acidity) from 4.5 (very acid) to 7.5 (alkaline) has resulted in a range of chemical environments and microbial communities.

These create a unique facility for investigating how soils, plants and microbes work together to influence productivity as well as address important questions about carbon dynamics in soils.

But with the Woodlands Field site now earmarked for housing, the soils from the pH experiment will be used for new research.

This is thanks to a partnership with the University of Aberdeen, which owns the recipient field at Ashtown – the steading next door to Craibstone.

The two institutions have created the Aberdeen Cropping systems Experimental (ACE) platform, which secures the legacy of the Woodlands Field long-term experiments and has the potential to reinvigorate cropping systems research in the North East of Scotland.

The partnership hopes to develop and fund additional crop and soil experiments and instrumentation at the new site.

These will address issues such as climate change, carbon sequestration, novel crops and alternative inputs as well as assess the impacts of extreme soil environments on crop productivity and soil functioning.

Professor Christine Watson from SRUC, who is leading the project, said it was a unique opportunity to build on the heritage of decades of experimentation at Craibstone.

"[It] allows us to combine modern experimental design and unique soil microbiomes to address critical questions around the role of soil health in future agricultural systems.

“The partnership with the University of Aberdeen brings together a strong team of plant and soil scientists with the capacity to bring national and international research funding to this new experimental platform.”

The unusual excavation work is being overseen by Scott Campbell from I & N Campbell Excavations.

An award-winning farmer at Kirkton of Kinellar, he said this was by far the most complex topsoil movement he had ever done.

"But the team at SRUC has done an excellent job of marking out and labelling everything, while Iain and Neil Campbell’s experience has helped greatly with the accuracy required.

"It’s taken 125 loads but we’ve been very lucky with the weather," he added.