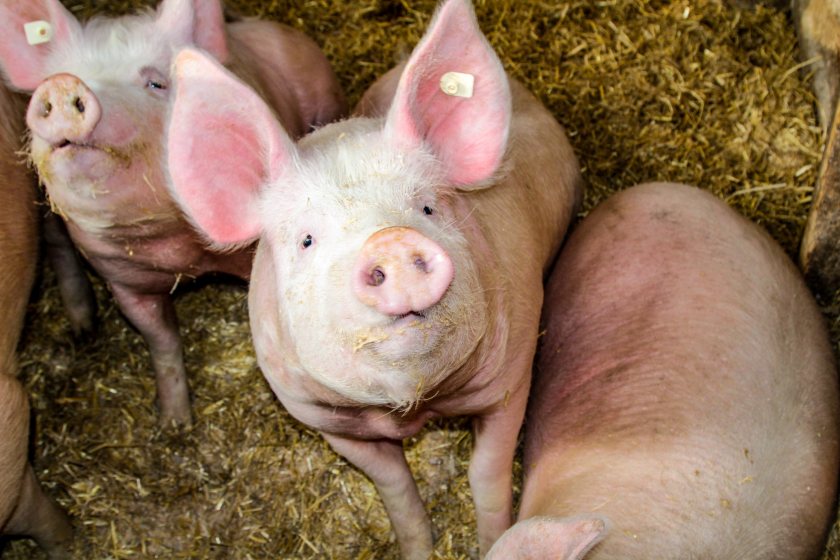 Whilst ASF doesn’t affect humans, it is a highly contagious and fatal notifiable disease that is present in parts of Europe, Asia, and Africa
Sign in to add your own press release SIGN IN Register

The UK would be 'devastated' if African swine fever (ASF) were to reach its shores, Red Tractor has warned, with farmers being told to follow good biosecurity.

The chair of the pig sector of Red Tractor, Stewart Houston has urged farmers to take action to help keep the deadly pig disease out of the country.

Whilst ASF doesn’t affect humans, it is a highly contagious and fatal notifiable disease that is present in parts of Europe, Asia, and Africa.

Mainland Italy recently confirmed its first ever case of the strain currently circulating in Europe, Asia, and Central America.

Mr Houston said: "As farmers, it’s our responsibility to ensure the health and well-being of the animals in our care.

"Owners of pigs, including pigs just kept as pets, are being advised to take precautions against ASF."

He warned that the risk of the disease reaching the UK had increased, and if it were to arrive, it would have a 'devastating impact'.

This would include consequences for the health of the UK pig population, as well as the domestic and international trade of pigs and pork.

There are multiple pathways for the introduction of ASF virus to a new area: movement of infected live animals, contaminated equipment, or infectious products.

The Animal and Plant Health Agency (APHA) considers the human route, such as in passenger luggage, to be the highest risk pathway.

Authorities in Dover have uncovered and seized large volumes of raw meat from countries that have reported African swine fever (ASF) in their pig herds.

In October 2022, authorities in Dover uncovered and seized large volumes of raw meat from countries that had reported ASF in their pig herds.

The risk of ASF infected pork being brought into the UK via people is risk assessed as ‘high’, even though the overall risk for all pathways is medium.

Mr Houston said farmers and pig keepers must also follow the latest guidance on how to prevent the spread of ASF.

"As the ASF virus survives well in uncooked, cured, or frozen meat, one key measure is to make sure you are not feeding your pigs any food waste.

"It is illegal to feed catering or domestic food waste, including from vegetarian and vegan kitchens, to pigs or wild boar, as there is a risk of spreading disease.

"This includes kitchen scraps and leftovers, raw or cooked meat, cured, dried, smoked, or frozen meat, fish, and shellfish, and even dog and cat food," he explained.

Instead, farmers and keepers should feed pigs specially formulated commercial pig feed and fruit and vegetables that have never entered a domestic or commercial kitchen.

Farmers should also avoid leaving food waste in areas where wild boar or feral pigs roam and it is not recommended to provide any supplementary commercial feed for feral pigs or wild boar, to avoid encouraging them.

Mr Houston said good biosecurity was also key to preventing the spread of ASF as well as other livestock diseases.

"An important precaution is to ensure that all visitors and farm workers are using dedicated clothing and boots when entering pig premises," he added.

"If you employ seasonal or workers from abroad, it’s important that they are able to read the biosecurity protocols, which may mean making them available in other languages.

"It is also crucial to ensure that people who look after or visit your pigs understand the disease risk of bringing back meat products, particularly wild boar meat or pork products, from affected countries.

"If you notice that your pigs are looking unwell, it is important to seek veterinary advice promptly."