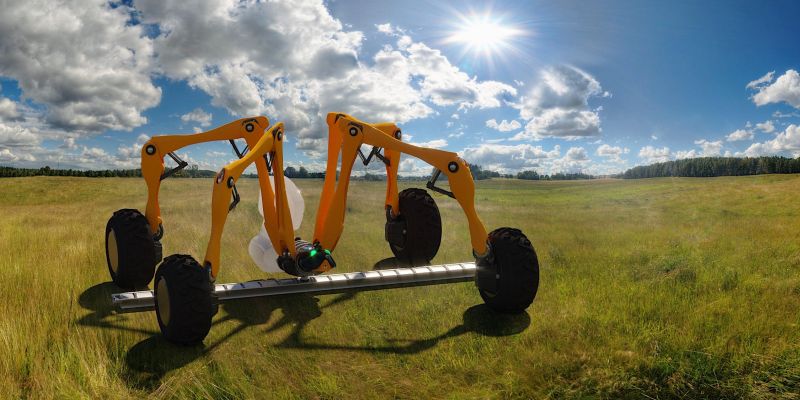 Wilma can already distinguish Wheat plants from ‘Not-Wheat’, meaning any images of items that are not wheat plants

A small British agritech company has announced previews of an early version of Wilma, its Artificial Intelligence (AI) interface.

Wilma is the core of an intelligent, autonomous crop management system for arable farming.

Small Robot Company, the start-up behind the robot, unveiled it at the East of England farming conference in Cambridge and at the WiredLive Innovation Festival in London.

Following extensive field trials, and artificial intelligence training with partner Cosmonio over the last six months, Wilma can already distinguish Wheat plants from ‘Not-Wheat’, meaning any images of items that are not wheat plants.

Small Robot Company harnesses the power and precision of robots and Artificial Intelligence (AI) to improve the way that food is produced and minimise chemical usage.

It will make farms more profitable, and increase yield and efficiency, through using small robots instead of tractors.

Wilma is a sophisticated, granular 'operating system' of crop and soil monitoring and care which will enable each plant in the field to be cared for individually, with no waste.

Directed by Wilma, its Tom, Dick and Harry robots will only feed and spray the plants that need it, giving them the perfect levels nutrients and support. This will cut chemicals and emissions by up to 95%.

“This will entirely change what’s possible on the farm, and how we think about farming,” said Sam Watson Jones, co-founder of Small Robot Company and a fourth generation Shropshire farmer.

“When we can not only understand a farmer’s field on a plant by plant basis, but we can also take action at that level, a completely different farming system becomes possible. Farming will be able to produce an abundance of food with minimal negative environmental impacts.”

The Small Robot Company will unveil an early version of the interface for Wilma, the Artificial Intelligence ‘nervous system’ for its Farming as a Service (FaaS) offering.

Built on Canonical’s cutting edge Ubuntu Internet of Things operating system, she will draw upon a comprehensive big data crop model for all her decision-making.

Taking data gathered in the field by the Tom monitoring robot, Wilma can see every blade of emerging wheat, bumblebee nest, and wormhole.

She will then analyse this data to determine what remedial action is required. Wilma has been trained with the data gathered from phase one of field trials in 2018, and can already recognise Wheat from Non-Wheat plants.

“Ultimately, we will be able to employ permaculture techniques at scale - using gardening tactics such as companion planting, but for broadacre crops,” says Watson Jones.

"Different crops could be planted alongside each other in the same field, and harvested at different times.”

Small Robot Company will be working with its Farmer Advisory Group, consisting of 20 farmers across the UK, to develop its service for future farming on farm.

The company will work in conjunction with its trial farmers to develop the technology from early proof of concept prototype to a more robust working model.

Its prototype Tom monitoring robot is already developed and currently in field trials on 20 farms across the UK, including the National Trust Wimpole Estate.