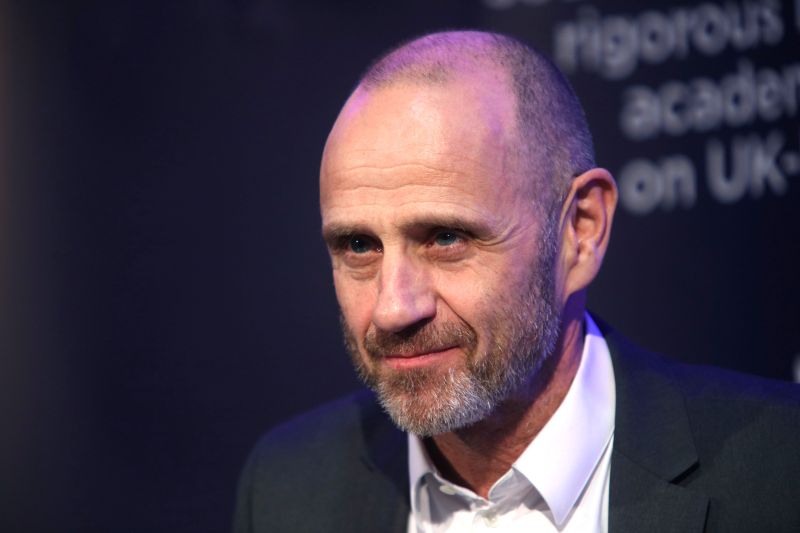 BBC's Evan Davis is under fire for making the 'offensive' comments about the British farming industry (Photo: Richard Gardner/Shutterstock)

The NFU has called for an apology from the BBC after the broadcaster's Evan Davis suggested that British farmers' animal welfare standards are poor.

The comments came during an interview with NFU President Minette Batters on BBC Radio 4's PM programme on Thursday 27 June.

According to the NFU, presenter Evan Davis made 'unfounded comments' about British farming's animal welfare standards.

Mr Davis made the case for the need to eat less meat due to environmental and animal welfare concerns.

The NFU President said the UK 'leads the world' in animal welfare standards.

This prompted a response from the BBC presenter, saying: “Yes but they are not very good, let’s be honest.

"You wouldn’t want us to go around showing pictures of what goes on in a farm, would you?”

Mrs Batters said that was 'offensive and untrue': “I absolutely reject that. We have just had Open Farm Sunday where farms right across the country have opened their doors and welcomed everybody in.

“We are really proud of the standards we have in the UK and you cannot say what you have just done.”

Hi @BBCPM and @EvanHD i often listen to the programme and have always been a fan. But I can't begin to tell you how upset farmers are at your accusations today. Please will you come out and visit my farm to discuss further?

The NFU has now written a letter demanding an apology from the BBC for the 'attack' on Britain's livestock farmers.

The letter states how comments such as Mr Davis's are 'hugely damaging' to farming families in the UK.

"As I mentioned on the programme, hundreds of farmers across the country take part in Open Farm Sunday every year, which invites the public onto farms so they can discover more about farming in Britain and how their food is produced.

"The fact that Britain is leading the way on animal welfare standards is widely recognised across government, with Defra Sectary Michael Gove describing British farming standards as 'world-class'

"It is therefore wholly inappropriate for such unfounded claims to be broadcast on the BBC.

"While I appreciate your public reply on Twitter that your “clumsy expression gave the wrong impression”, it doesn’t undo the fact that millions of people were fed a misleading and untrue statement as fact."

Hi Minette. Just waking up to my timeline. I acknowledge that my clumsy expression gave the wrong impression that I think all animals are mis-treated. Fear not, I've been to farms and know that's false. I'd never argue that, any more than you'd say all animals are well-treated.

The letter adds: "There will also be many people who listen to your show that don’t follow you on Twitter, so I urge you to offer an apology to farmers on tonight’s programme.

"I note that you said you had been on farms before and would be interested to hear when the last time was. If it had been recently you would have seen first-hand the high levels of animal welfare that farmers in Britain adhere to, and understand that your comment portrayed a completely inaccurate picture of British farming."

The BBC agreed to revisit the subject of animal welfare standards on Friday's edition (28 June) of PM.

By popular demand... on @BBCPM at 5pm, we'll be revisiting the issue of animal welfare on British farms, and fact-checking my question yesterday to @Minette_Batters (which aroused a good deal of anger)