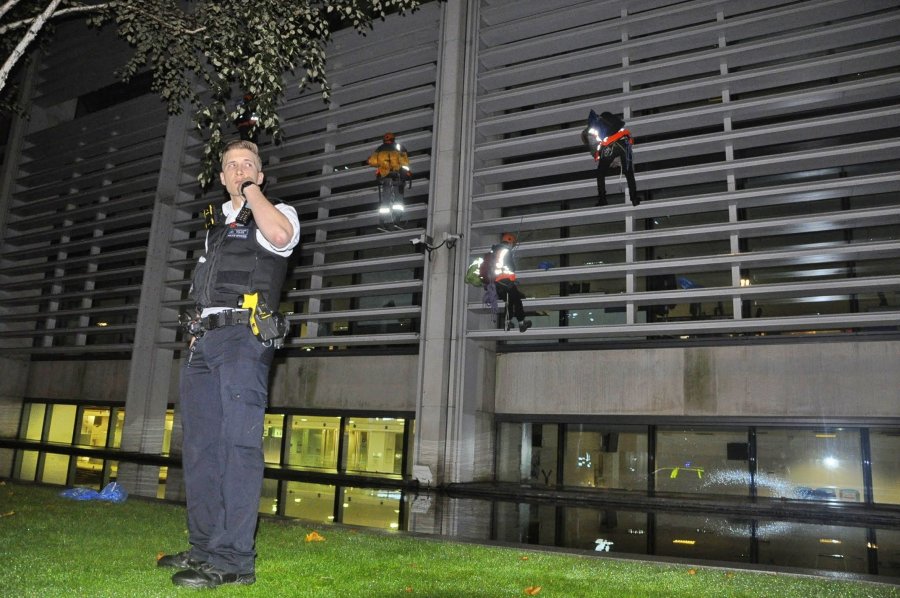 Animal rights activists have scaled the face of Defra's building in central London while demanding the department to 'defund meat'.

Protestors from Animal Rebellion, an off-shoot of Extinction Rebellion, climbed the building during the early hours of Tuesday morning (26 October).

Suspended in hammocks, the vegan activists unveiled a banner that reads 'COP26: Invest in a Plant-Based Future'.

They say they intend to remain on the government building "until Boris Johnson pledges to cut all taxpayer support for animal agriculture".

The campaigners also want the prime minister to "urge all world leaders to do the same when they attend the COP26 summit later this week."

Animal Rebellion spokesperson Nathan McGovern said: “The government is simultaneously saying that it is a world leader in climate change whilst propping up the unsustainable and unprofitable meat and dairy industry, one that emits disproportionate amounts of greenhouse gases. 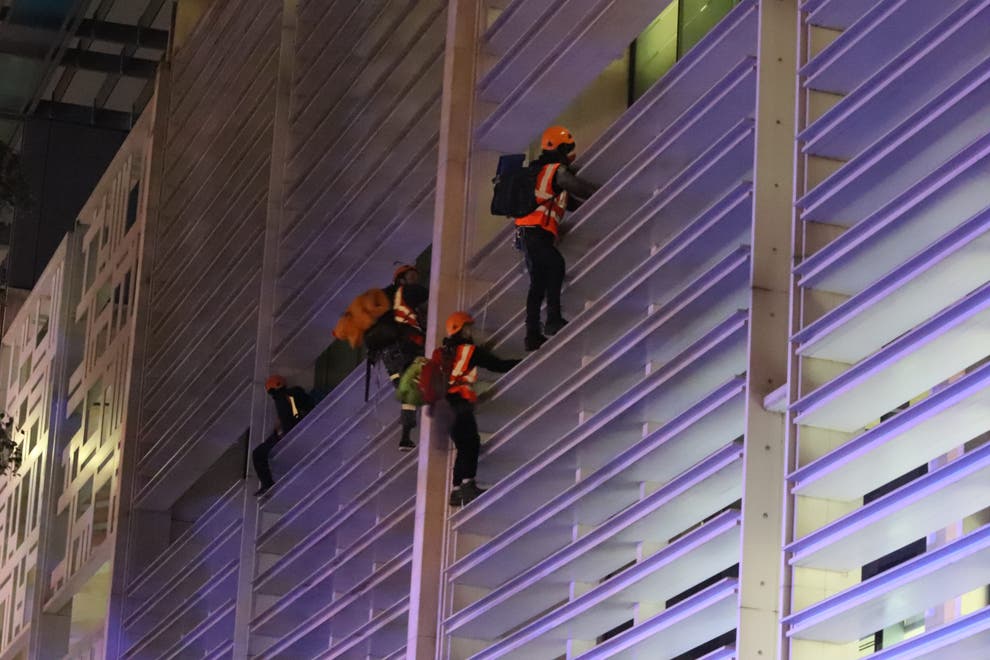 The activists are demanding the government to 'defund meat' (Photo: Animal Rebellion)

"This hypocrisy has to end – we need to defund meat and subsidise plant-based alternatives instead.”

As part of their campaign, Animal Rebellion wants the government to 'defund meat' and instead subsidise plant-based foods.

In September, 50 activists from the group blockaded a dairy distribution centre owned by Arla, demanding the company to go plant-based by 2025.