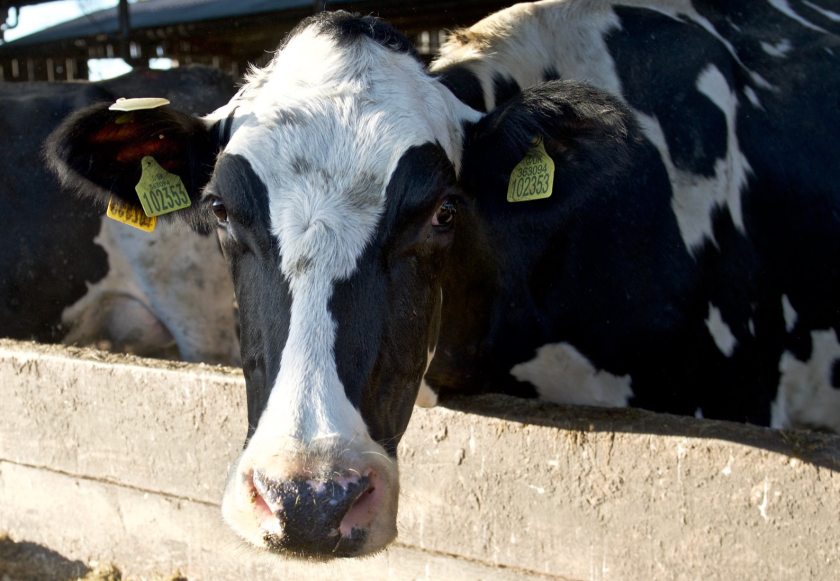 The dairy co-operative's 'happy cow' project aims to provide a new insight into the behaviour of cows with market leading accuracy and reliability.

It is being driven with the knowledge that wellbeing is determined by how cows are managed within an environment, rather than which type of production system the farm operates.

The cumulative data is the wider dairy sector create a ‘happy cow measure’, which, for the first time, looks to automate the measurement of mental wellbeing for cows.

The project is being spearheaded at the Arla UK 360 Innovation Farm based near Aylesbury, where the herd are using Nedap sensor tech capable of tracking activity, behaviour and location.

With UK farmers already using technology to monitor heat detection and early signs of illness, the potential to identify further uses for this technology is seen as a big leap.

The project is working to show that the data already being captured on farm in wearable technology can be further interrogated to monitor cow behaviour and mental wellbeing, something that until now, has always been a ‘feeling’ rather than a tangible measure to monitor.

Arla’s Director of Member Relations, Alice Swift said: “This study is going to be a very helpful barometer and blueprint as we continually look to improve.

"The study will allow us to map and measure positive behaviour among cows and therefore promote better welfare as the learnings are shared with the wider farmer network.”

FAI Farms began reviewing reports and analyses on what key behaviours can be measured, this was then tested by an animal behavioural scientist observing the cows at farm to verify and define key positive behavioural indicators which are demonstrated by individual cow and herd interactions.

These key positive behaviour indicators included social grooming, synchronicity and brush use, which ordinarily would not be monitored and never before automatically measured.

While this set the benchmark for monitoring, the study also set out to see how these principles could be automated, to eventually pave the way for a scaled-up system.

"This project will not only further our understanding of positive welfare indicators for dairy cows but will also make a start at automating these measures.

"We hope that by creating a measure of positive welfare, we will help guide and encourage farmers to provide these positive experiences for their cows.”

Technology partners in the study, Nedap together with Alta Genetics, installed a network of receivers in the shed, which in conjunction with sensor tech worn by the cows, primarily for heat detection and health monitoring, can also track location and movement of the cows.

The project is now looking to interrogate the data captured by this sensor technology to measure the key positive behaviour indicators.