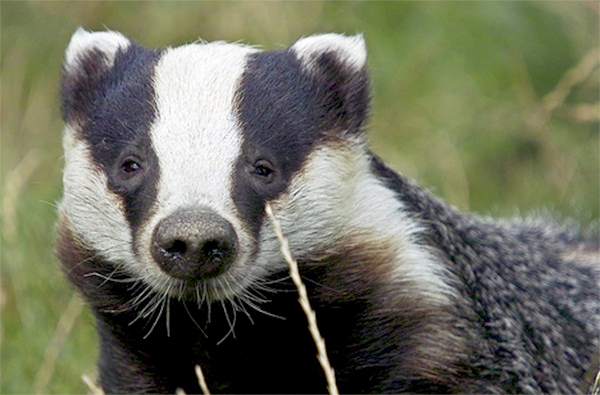 New research conducted by Durham University has claimed a 'widespread badger cull' will have no impact in solving the problem of tuberculosis in cattle.

It has been claimed that controlling badger numbers would reduce the risk of TB in cattle and a cull is due to begin in the summer after the government announced a temporary ban in October.

Professor Peter Atkins, from Durham University's Institute of Hazard, Risk and Resilience has investigated the spread of the disease in new research.

After the October ban, the NFU wrote to the Environment Secretary Owen Paterson to request a commencement in the summer.

"The Government is determined to tackle bovine TB by all the means available to us. Now, in the next few months, we will ensure that the pilot culls can be implemented effectively, in the best possible conditions, with the right resources" Paterson said.

"Having looked at all the evidence over many years, I am utterly convinced that badger control is the right thing to do, and indeed the higher than expected badger numbers only serve to underline the need for urgent action. I remain fully committed to working with the farming industry to ensure that the pilot culls can be delivered effectively, safely and humanely next summer."

But Atkins claimed that 'no one' has yet proved which direction the infection travels between species and that the disease is a 'spillover' from cattle rather than an endemic condition. He also claimed a cull could even 'exacerbate the problem'.

"The Randomised Badger Culling Trial, which ran from 1998-2006 indicated complex, interwoven patterns of infection and concluded badger culling was unlikely to be effective for the future control of bTB."

"When badgers are disturbed, they seem to perceive they are being attacked and move from their original area by a kilometre or more and join other badger groups, which spreads the disease."

Following 2001's foot and mouth crisis, different parts of the country were restocked with cattle from the southwest, a traditional breeding area and that this has been a factor in the spread of bTB to regions that had previously had low incidence of it.

A likely solution to the problem was said to lie in vaccination, but inoculating cattle for TB is forbidden by EU rules as it would render testing for the disease as ineffective, because all vaccinated cattle would test positive for it.

The search for an adequate TB vaccine for cattle continues, but badgers can be vaccinated now to help prevent the spread of TB as an alternative to culling.

New government-backed research revealed that vaccinating badgers can reduce the level of TB within an infected colony by 54%.

The results, which are from a four year study by the Food and Environment Research Agency (FERA), conflict the view that culling badgers is the only method to stop the disease.

"This report must be the final nail in the coffin of the plan to cull badgers" said Philip Mansbridge, CEO of wildlife charity Care for the Wild.

"Pro-cull supporters claim that the disease can only be stopped if the so-called reservoir of disease within wildlife is reduced – this study shows that vaccination can achieve this."

But farming groups claim that a vaccine to help control TB in the future 'remains many years away'.

Unions such as the NFU have admitted a vaccine should be part of a package of measures to help control the disease but said that measure alone would not be enough to combat it.

"We need a package of measures to tackle TB and yes, cattle vaccine must be one of them. But as Defra’s chief vet Nigel Gibbens said cattle vaccine, and the tests and regulations needed to put it in place across Europe, ‘may take years’. In the meantime, the spread of TB is doubling every nine years" said NFU President Peter Kendall.

Professor Atkins has concluded that the government should take a more comprehensive approach to controlling TB: "The assumption that badgers are always responsible for this disease in cattle has to be reviewed."

"If our analysis showing the lack of disease persistence in medium and low density badger populations is correct, the improvement of cattle controls including improved testing, tighter movement controls and, eventually, a useable vaccine should be enough to halt the spread. We should continue to investigate, and cooperate with farmers over this problem."