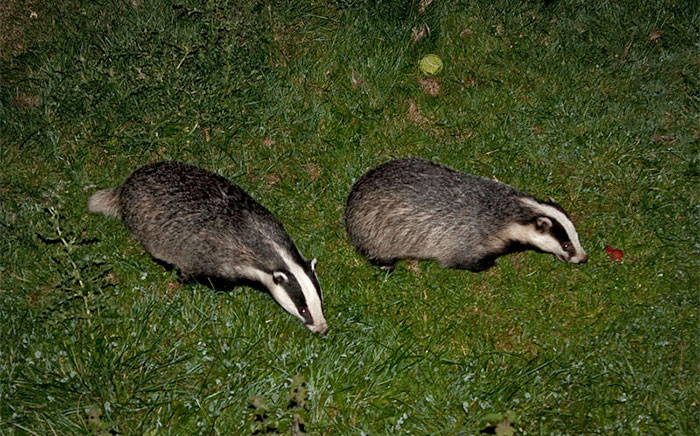 The passing of bovine tuberculosis (TB) from badgers to cattle may be a 'rare' occurrence on farmland, according to new research by the Royal Veterinary College.

Only four out of over 500,000 badger-to-cow contacts were recorded by the surveying team; direct interactions were defined as within 1.4 metres. This report comes as earlier in the month Farming Minister David Heath said a cull was 'backed by science.'

Indirect interactions (visits to badger latrines) were far more frequent than direct contacts, with 400 visits by badgers and 1700 visits by cattle recorded, the published journal 'Epidemiology and Infection' revealed.

During the study, half of the badgers tested positive for TB, however the infection status of individual badgers did not affect the frequency or duration of their visits to latrines located on pasture grazed by cattle.

Bovine tuberculosis, caused by infection with Mycobacterium bovis, is endemic in cattle in parts of England and Wales and its control is hindered by the presence of infection in the European badger. While M. bovis is clearly transmitted between cattle and badgers, it is has not previously been known where, when or how often transmission occurs.

Dr Julian Drewe from the Royal Veterinary College who led the study, said: "Our findings reveal that direct contacts between badgers and cattle at pasture are surprisingly rare, despite ample opportunity for interactions to occur, suggesting that the two species may be ignoring or even actively avoiding one another.

"The study was conducted in an area with a high badger population, so it is likely that such direct contact will be even less frequent in areas of the country where there are fewer badgers.

"Indirect visits by both species to badger latrines were significantly more common than direct contacts between badgers and cattle, which suggests that these represent the more typical nature of interspecies contact. Future research aiming to quantify TB risk to cattle from badgers might be best to focus on indirect contacts occurring at latrines and on contacts occurring away from pasture, for example in farm buildings.

"This clearly has disease management implications, and more work is now needed in this area to look at how such contact can be limited, to reduce the number of cases of bovine TB in the future."

Farming Minister Heath said: "Evidence has shown that culling, when carried out properly, can play a significant role in helping to reduce the spread of bovine TB. And with the spread of TB expected to cost the economy £1billion over the next ten years if action is not taken, we can't afford to sit back and do nothing."

The published results highlight the growing impact of the disease on the UK dairy and beef industry and emphasise the 'need to take urgent action to reduce the spread of TB', the Department for Environment, Food and Rural Affairs said.

Carl Padgett, past President of the British Veterinary Association said: "The figures remind us that urgent action is required to help us get on top of this disease."

"We need to ensure compliance amongst farmers with the tougher cattle control measures, a strong push from the Government on cattle and badger vaccination, and support for measures to tackle the disease in badgers through piloting a targeted, humane cull."

Environment Secretary Owen Paterson confirmed two badger cull schemes are to go ahead in the summer to tackle the spread of TB among cattle.

Paterson said: "Bovine TB is spreading at an alarming rate and causing real devastation to our beef and dairy industry."

Paterson also announced a reserve pilot will also be prepared in Dorset in the event that unforeseen circumstances prevent one of the cull areas from being used.

But recent research conducted by Durham University claimed a widespread badger cull will have no impact in solving the problem of tuberculosis in cattle.

Professor Peter Atkins, from Durham University's Institute of Hazard, Risk and Resilience investigated the spread of the disease.

However, Paterson said he was determined no further delays are made this year: "I am determined that there are no further delays this year. That is why we have taken the sensible step with the farming industry to elect a reserve area that can be called upon should anything happen to prevent culling in Somerset or Gloucester."

But Atkins claimed that 'no one' has yet proved which direction the infection travels between species and that the disease is a 'spillover' from cattle rather than an endemic condition. He also claimed a cull could even 'exacerbate the problem'.

"The Randomised Badger Culling Trial, which ran from 1998-2006 indicated complex, interwoven patterns of infection and concluded badger culling was unlikely to be effective for the future control of bTB."

"When badgers are disturbed, they seem to perceive they are being attacked and move from their original area by a kilometre or more and join other badger groups, which spreads the disease."