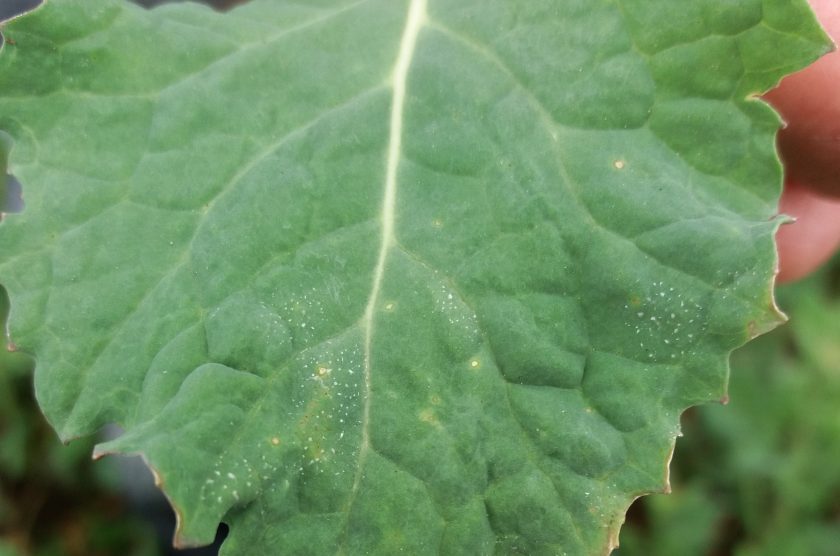 While light leaf spot has historically been a disease of the north, it is now widespread (Photo: ADAS)

Samples sent to a light leaf spot identification service are showing high levels of disease across the UK, prompting a warning to growers to be on the alert for infection.

Throughout late autumn and into 2021, there has been evidence of light leaf spot at relatively high levels on the leaf samples from susceptible varieties, after incubation.

During January, varying levels of disease were reported using Bayer's SpotCheck service, with 68% of samples showing positive signs, despite the colder weather.

While light leaf spot has historically been a disease of the north, it is now widespread according to Bayer, with infection found regularly in southern parts of the UK.

A move to earlier drilling may be one of the causes in this increase in infection, the firm says, with growers trying to get crops established quickly, to grow away from pest pressure.

Light leaf spot can develop between 4 and 16°C, with rainfall and higher temperatures causing infection to spread more readily.

While the recent cold snap may have supressed infection and disease expression for a while, any latent infection present in the leaf is more likely to develop into early spring.

"We are roughly on-par with last year when we saw high infection levels in samples as we came out of winter," he added.

"It’s fair to say that all fields are now at risk, with infected samples received from farms across the UK.

“Temperature and rainfall patterns as we move into spring will determine the risk of disease."

Mr Walker said: “Last year, although we came out of winter with relatively high disease infection, the dry and hot spring prevented the disease from spreading up the plant once we hit stem extension at GS31-39.

"This meant that light leaf spot didn’t reach the upper leaves or the pods."

Growers wishing to use the SpotCheck service have been told to request a sample pack from ADAS Boxworth.