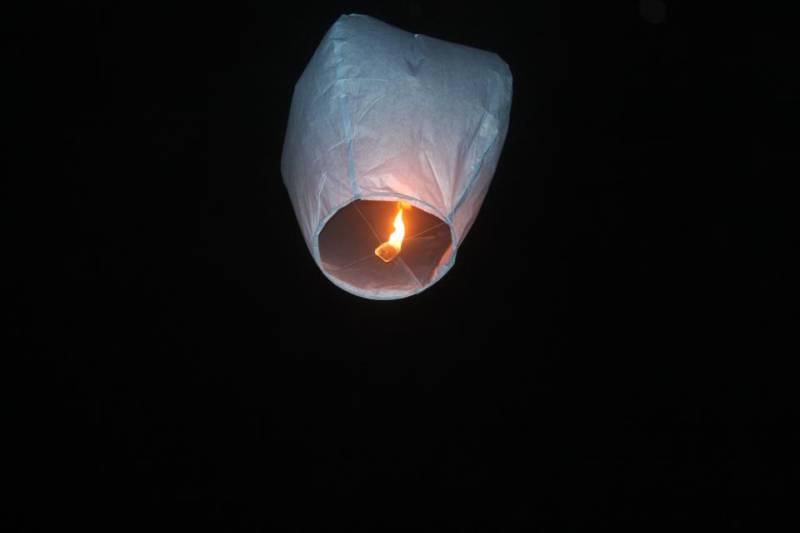 BBC Radio One has banned the release of sky lanterns at its 'Biggest Weekend' festival taking place this weekend, in a win for farmers in the local area.

Farmers have regularly warned members of the public as to the dangers which sky lanterns can pose to livestock and wildlife.

The items also bring with them a fire hazard, which can light fire to farm buildings and farmland.

Helium balloons are also included on the list of items not permitted at the event, taking place in Swansea.

The RSPCA spearheaded a campaign urging local authorities to ban the release of sky lanterns on their land in Wales, and recently celebrated success with this step now taken by each of Wales' 22 councils.

Sky, or ‘Chinese’, lanterns can be popular with music festival go-ers, but the charity says they can have a "devastating impact" on animal welfare.

The lanterns can be ingested by animals, or cause entanglement or entrapment. This can lead to wildlife, pets or farm animals suffering injury, stress or even death.

When ingested the sharp parts of sky lanterns can tear and puncture an animal’s throat or stomach causing internal bleeding.

“It was a cause for celebration recently when Wales' council land became a no-fly zone for dangerous sky lanterns - so it's great news to see Radio One reminding attendees of the Biggest Weekend not to bring them along,” Mr Lowen said.

“It’s such a big event for the city of Swansea; so it’s a great way to again highlight to the public as to the dangers of sky lanterns. These devices can have deadly consequences and a devastating impact for pets, farm and - perhaps most pertinently - wild animals.

“Releasing helium balloons, or deflated balloon litter, also poses a risk to animals - so it's welcome also that Radio One are urging Biggest Weekend go-ers not to bring these along either. ”