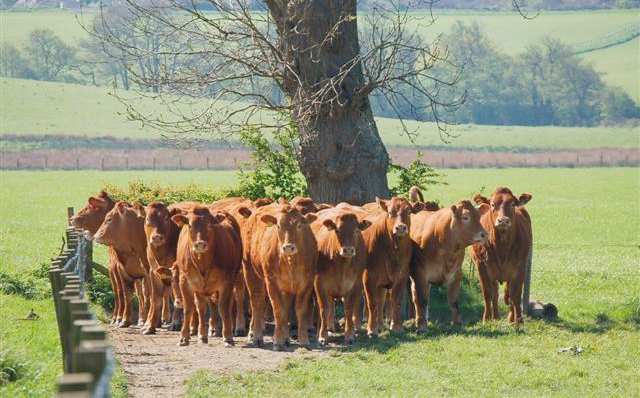 The NFU brought together many leading experts from across the country to discuss the scientific basis for eradicating bovine TB with farmers battling against the disease.

NFU Deputy President Minette Batters, told the event: “This conference is not about policy. It's about the best science that is going to pave the way to beating bovine TB. It is a unique opportunity for scientists to engage with farmers. It is very much about understanding the basics and really trying to appreciate the complexities.

“Beating this disease is going to hurt, it's not going to be easy and the science and investment in the science is going to be crucial for success. I strongly believe that the Government strategy - which was launched in April of this year - offers a much needed opportunity for looking forwards.

“I have driven the length and breadth of the country, and we've come such a long way. There is a real understanding that we can't beat this disease with cattle movement measures alone and farmers realise that taking out endemic disease in badgers is essential. It is about using every tool in the box.

“The NFU is leaving no stone unturned in its mission to beat this disease and is not prepared to wait until after next year’s election to see further action taken. We absolutely take on board the message from across the country that eradicating bTB has to be de-politicised,” Ms Batters said.

Farming Minister George Eustice said the government would use all of the options available to fight the disease, 'which has been out of control for 20 years,' the Minister said.

Eustice came under fire from Labour MPs who claimed the recent pilot culls in Gloucestershire and Somerset had failed to achieve the minimum number of badgers to be shot and was condemned by many groups as a 'miserable failure.' It prompted the Badger Trust to challenge the legality of the cull.

A cull target of 615 badgers in Gloucestershire and 316 in Somerset was given, but no official indication was given as to how many were killed. Eustice said the government was analysing the data from the recent culls.

The Humane Society International claimed 253 badgers had been killed in Gloucestershire, 362 animals short of the minimum kill target of 615.

Batters said: “TBEAG – the TB Eradication Advisory Group - at present is an advisory group which reports to Ministers and includes vets, farmers, scientists, and civil servants. The NFU is suggesting a rewriting of the terms of reference for TBEAG to become the TB Eradication Board for England, an independent body equipped with the teeth that will be needed.

“We are also working with Dairy Co and Eblex to roll out the South West TB Farm Advisory Service across the country. It will be funded by Rural Development Programme for England and provide a once in a lifetime opportunity to provide specialist knowledge and help to all regions in the fight against this terrible disease.”

Recently, a group of 26 scientists wrote to Prime Minister David Cameron urging him and his government to abandon further plans to cull badgers in England and Wales and instead focus on other measures to control the spread of the disease.

In the letter, the group said they were concerned that whilst Wales has nearly halved the number of cattle slaughtered due to bovine tuberculosis (bTB) over the last five years, there has been 'little change to the levels of the disease in England during this time.'

By contrast, the letter said, the UK government and Defra have expanded considerable time and effort on the promotion of badger culling as a means of controlling the disease in England.

"From the information available so far it is not clear whether the forecast net reduction of 12-16% in new herd incidence of bTB over the next nine years will be achieved or how this will be measured.

"While Defra has been steadily increasing the areas under annual and pre-movement testing in the South West and West of England since 2009, these measures were only extended across all the counties in the High Risk and Edge Areas in 2013. It is important to note that in the West Region of England, which has been under annual and pre-movement testing since 2010/11, the number of cattle slaughtered due to bTB fell by 12% between 2012 and 2013 and this decline is continuing in 2014," the scientists said.

"If we are to control bTB in England, as Wales is showing it is able to do, we consider that a fundamental change in emphasis and direction is needed.

The time, effort and resources directed at the badger cull should be re-directed into a) a TB Health Check for England to establish the true extent and distribution of the disease in our cattle herds; b) considerably more testing in the Low Risk Area with the implementation of nationwide annual testing and c) the introduction of mandatory pre-movement testing and risk-based trading across the whole country.

At the same time the livestock industry, NFU and farmers must be made aware that such cattle controls are essential if bTB control is to be achieved.

"We therefore urge that no further badger culling takes place and that Defra now moves swiftly to implement an intensive cattle testing programme, as detailed above, across the whole of England. Only then will the UK begin to achieve the substantial reduction in bTB that we all wish to see. If it would be of any assistance to discuss these matters further representatives from the signatories would very much welcome the opportunity to do so."