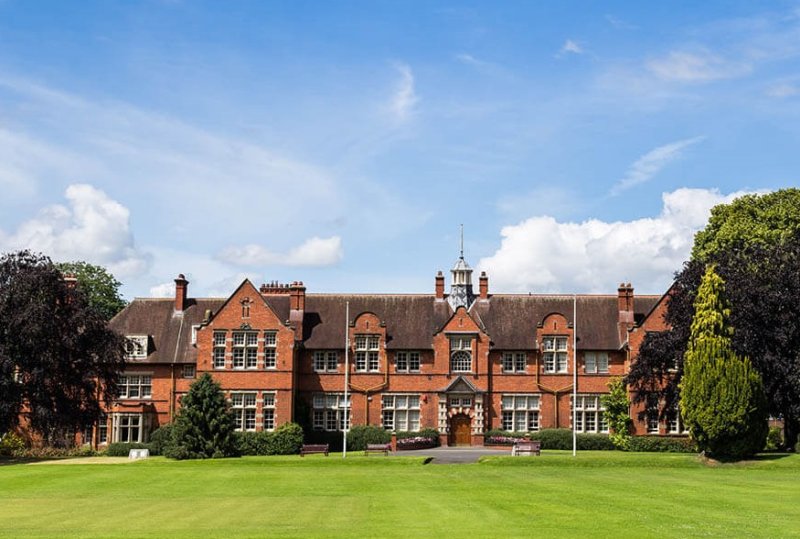 To combat climate change, Harper Adams said it will focus on 'developing sustainable food chains while minimising its impact on natural resources'

Harper Adams University has said it will never ban beef from its campus menus as it criticises other institutions for their 'knee-jerk reactions' to the climate crisis.

In recent years, and even more so in recent months, several UK universities have attracted significant media attention for voting motions to ban beef.

Earlier this month, thousands of students at Edinburgh University rejected proposals to ban the meat in all student union run outlets.

It follows similar circumstances at the University of East Anglia, which voted last year to ban beef in a bid to become more environmentally friendly.

The University of Cambridge stopped the sale of beef in 2016, claiming that that a reduction in consumption has helped reduce its carbon footprint.

Responding to the string of bans, Harper Adams University said institutions are banning the beef based on 'popular opinion rather than proven facts.'

The university, first opened in 1901 to 'further agricultural knowledge and to support the farming community', said it will instead focus on 'developing sustainable food chains while minimising its impact on natural resources'.

Scientists at Harper Adams are currently researching, for example, how changes to dairy cattle diets can reduce herd methane emissions.

The university is also seen as a preeminent force in progressing urban farming techniques, including aquaponics and vertical growing.

It has also spearheaded Hands Free Farm – a bid to embrace technology to make farming both more efficient and less damaging to land and air.

Harper Adams said in an online statement that its catering department works on the 'ethos of food metres, not food miles'.

"Meat from our pig, sheep and beef units, all part of a commercial working farm that doubles up as a learning facility, is served across our catering outlets.

"The use of on-site finishing and on-site butchers eliminate transport emissions. We can guarantee animal welfare standards and food quality for every meat product, from sausage rolls to lamb chops," the university said.

"But that doesn’t mean we don’t advocate choice when it comes to diet – just as we support diversity throughout our campus community.

"Our chefs have been developing an increasing range of vegetarian and vegan meals to ensure balance across the menu.

"Students who opt for full-board catering in their first year just have to chat with the kitchen team on arrival to ensure their needs are met. Our cafes offer milk alternatives. No one is left out."

The university said its mission is to ensure the UK's farming communities and the wider food supply chain are fit to keep the rapidly expanding population fed.

"We believe variety and inclusion - of people and of ideas – are key to this mission. Food matters to everyone, after all," Harper Adams added.

"Those who want to make a difference need to support agricultural science, and support our farmers, without whom we wouldn’t have any choice about what to eat."