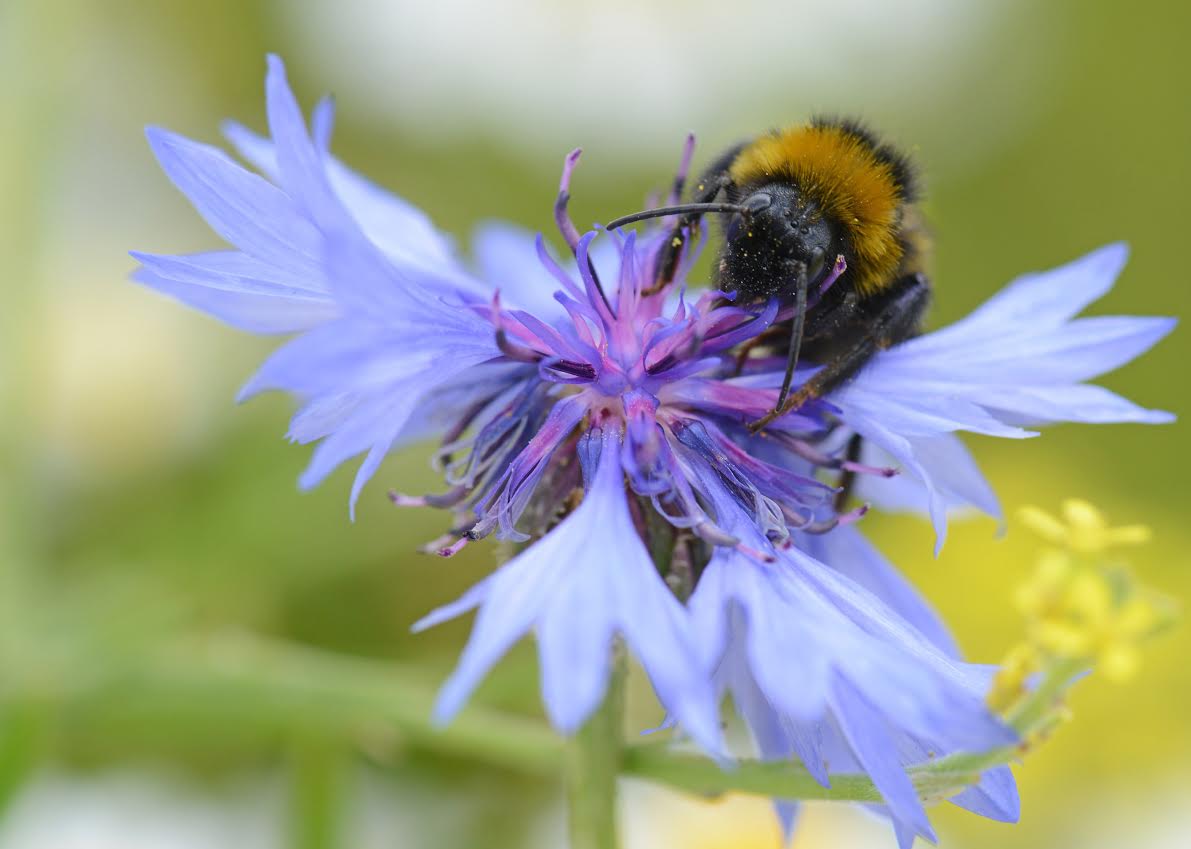 New data revealed today shows bees can be exposed to more pesticides from contaminated wildflowers than from crops on farms.

The research, discussed at a scientific briefing in London today (28 April 2016) organised by the Soil Association, showed a staggering 97% of the neonicotinoids brought back to honeybee hives in pollen could come from wildflowers - not oilseed rape.

The briefing looked at the latest scientific research and its implications for the environment and the future use of neonicotinoid pesticides in the UK.

The panel included three leading experts on the impacts of neonicotinoid pesticides on pollinators - Professor Dave Goulson, Dr Lynn Dicks and Dr Penelope Whitehorn. Peter Campbell from Syngenta responded to the presentations from the three scientists.

The panel discussed the recently published, first ever assessment of pollinators by the Intergovernmental Science-Policy Platform on Biodiversity and Ecosystem Services (IPBES), recent research on population impacts of neonicotinoids, and new research on the risk posed by neonicotinoids and other pesticides in wildflowers and hedgerows.

Professor Dave Goulson revealed new scientific research that found when neonicotinoids are applied to seeds, low concentrations are found in the nectar and pollen of the crop, which are then collected and consumed by bees.

But throughout spring and summer, mixtures of neonicotinoids and other pesticides are also found in the pollen and the nectar of wildflowers growing in arable field margins and hedgerow flowers like hawthorn, wild rose, blackberries and honeysuckle at concentrations that are sometimes much higher than those found in the crop.

Dave Goulson said: "Indeed, the large majority (97%) of neonicotinoids brought back in pollen to honey bee hives in arable landscapes was from wildflowers, not crops.

"Both previous and ongoing field studies have been based on the premise that exposure to neonicotinoids would occur only during the blooming period of flowering crops and that it may be diluted by bees also foraging on untreated wildflowers.

"Here, we show that exposure is likely to be higher and more prolonged than currently recognised because of widespread contamination of wild plants growing near treated crops."

The Soil Association says one in 10 species of Europe's wild bees is facing extinction, and neonicotinoid insecticides are "increasingly seen as contributing to these declines.

"In addition to neonicotinoids, farmers may spray non-organic crops a dozen or more times while they are growing, with anything up to over 20 different chemicals."

'Pesticides key reason as to decline in bumbelees'

Peter Melchett, policy director at the Soil Association said: "This shocking new research shows that the very wildflowers that were designed to protect bees are actually killing them.

"The scientific panel agreed pesticides in general, and neonicotinoids in particular, are one of the key reasons why bumblebees and other pollinators are in decline.

"But the dramatic new issue raised at this briefing is that we cannot save bees while we continue any use of neonicotinoids - the current ban should be extended to all crops.

"The routine, regular use of any toxic chemical or drug is now seen as bad practice – and seed coatings like neonicotinoids are just that - used routinely, and long before any problem emerges - this prophylactic use of pesticides should be stopped."

To combat bee decline, the Government’s Pollinator Strategy has focused on creating ‘safe havens’ for bees by increasing flower habitats next to fields – yet research shows these flowers may be laden with dangerous chemicals.

'Manage the environment in a smart way'

Meanwhile, Dr Penelope Whitehorn concluded that neonicotinoids do have far reaching impacts on many different species.

Dr Lynn Dicks called for improving regulatory systems globally – some are not as robust as others and pollinators in countries like Africa are facing a rapid decline.

The panel concluded that the current ban on neonicotinoids should be maintained, and that more work needs to be done looking at chronic exposure to neonics.

They concluded the current regulatory system as being "flawed" and only looks at a limited period of exposure and does not include exposure to chemical cocktails.