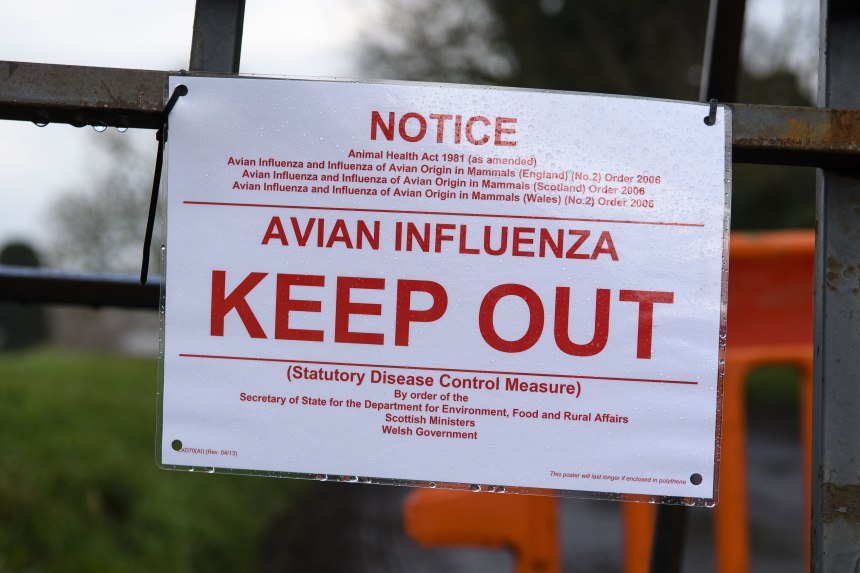 H5N8 avian influenza has been discovered in poultry in Staffordshire

Bird flu has been confirmed on a poultry farm in Staffordshire, the second avian influenza case recorded in just 24 hours, the government has confirmed.

Avian influenza of the H5N8 subtype - pathogenicity to be confirmed - was found in broiler chickens near Uttoxeter, Staffordshire on Saturday 27 March.

A 3km and 10km Temporary Control Zone has been declared around the premises.

All the poultry on site will be humanely culled, Defra said in an online update.

Bird flu of the H5N3 subtype was also confirmed in turkeys at a commercial farm in Cheshire on Friday.

Before this, the last confirmed case of avian influenza in poultry was over a month ago on 12 February in Scotland.

It comes as compulsory housing measures for poultry and captive birds are set to be lifted on Wednesday 31 March.

The risk of bird flu has also been reduced to ‘medium’, but Defra and the Scottish and Welsh governments warn that the risk of outbreaks is likely to persist for several weeks.