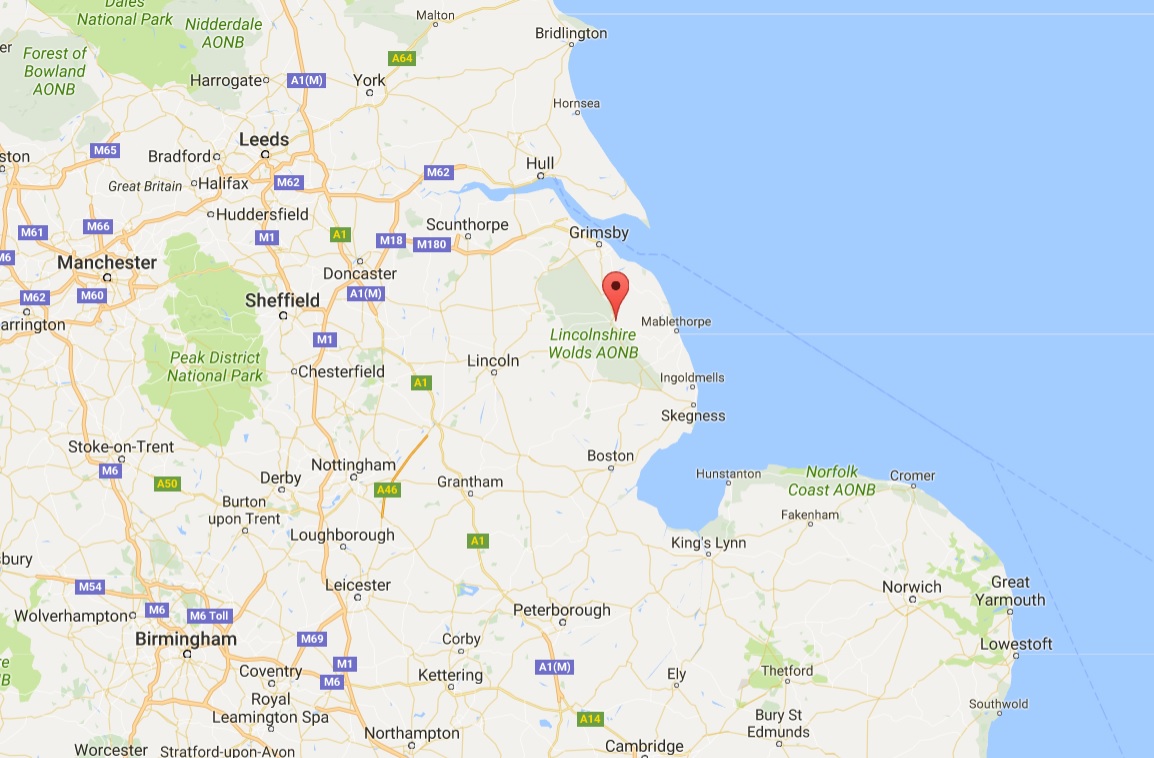 More than 5,000 birds at the farm have been affected (Louth, north Lincolnshire - Google Maps)

The government has confirmed a H5N8 strain of avian influenza has affected a commercial turkey unit in near Louth in Lincolnshire.

Most birds at the premises have died - any remaining birds there will be humanely culled. Defra have put in place a 1.8 miles (3km) Protection Zone and a 6.2 miles (10km) Surveillance Zone around the infected farm to limit the risk of the disease spreading.

The advice from Public Health England (PHE) is that the risk to public health from the virus is very low and the Food Standards Agency has made clear that bird flu does not pose a food safety risk for UK consumers. Thoroughly cooked poultry and poultry products, including eggs, are safe to eat.

There is not anticipated to be any impact on the supplies of turkeys or other birds over Christmas.

Chief Veterinary Officer, Nigel Gibbens, said: “Avian flu has been confirmed on a turkey farm in Lincolnshire. This is the same strain that has been affecting poultry in Europe. Immediate steps have been taken to limit the risk of the disease spreading and all remaining poultry at the farm will be culled.

“Public Health England has confirmed that the risk to public health is very low and the Food Standards Agency has said that bird flu does not pose a food safety risk for UK consumers.

“Bird keepers should remain alert for any signs of disease, report suspected disease immediately and ensure they are maintaining good biosecurity on their premises.

“We are urgently looking for any evidence of disease spread associated with this strain to control and eliminate it.”

“There have never been any recorded cases of H5N8 in humans and the risk to public health is considered very low. We continue to work closely with Defra throughout this investigation. Despite the risk being very low, we will offer health advice to those people who may have been exposed on the farm as a precaution.”

The Avian Influenza Prevention Zone put in place on Tuesday 6 December remains in place in England, Scotland and Wales, including within the Protection and Surveillance Zones. Poultry and captive bird keepers should continue to house their birds, where practicable, maintain their biosecurity and remain vigilant about the health of their birds.

The 'Prevention Zone' applies to all of England and will remain in place for 30 days. A zone has also been declared in Scotland and Wales.

On 14 December, Dutch authorities ordered a cull of 63,000 broiler hens on after bird flu was identified at a poultry farm in the northern province of Friesland, the country's fourth outbreak so far this winter.

On 3 December, a new case of high risk bird flu was found in southern France prompting a 7000 duck cull.