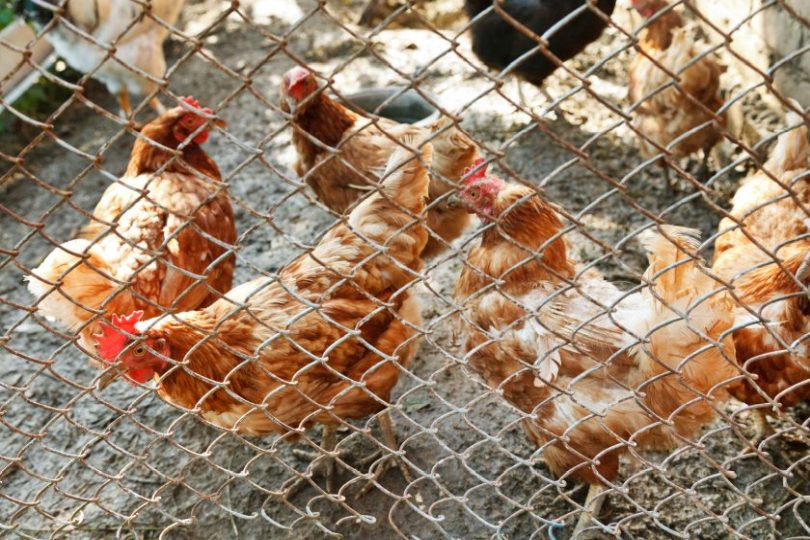 The study focused on H5 strains, saying that surveillance for such avian influenza strains in bird populations is essential

Scientists have warned that bird flu mutations could withstand antiviral drugs, posing a risk to humans who are infected.

Researchers at the UK's Pirbright Institute said that such an outbreak could be hard to contain if it were to reach the human population.

The study, which focused on H5 strains, added that surveillance for such avian influenza strains in bird populations was essential.

The report's authors said: "As the H5N6 bird flu strain has previously infected humans, scientists set out to understand if these mutations would make H5 strains less susceptible to neuraminidase inhibitors and whether this would alter their ability to replicate."

H5N6 was found in wild birds - mainly mute swans - in Dorset in January 2018 and then in Warwickshire.

Subsequent cases were discovered in Hertfordshire, Rutland and West Yorkshire - all involving wild birds and all involving the same strain of highly pathogenic H5N6.

The scientists said their work, published in the journal Antiviral Research, showed that four mutations in bird flu viruses allowed them to escape human antiviral drugs without compromising their fitness.

"It is important for us to know whether mutations that prevent antivirals from working against human flu strains affect bird strains in the same way, as several human pandemics have been caused by bird flu viruses that were able to jump the species barrier," said Dr Holly Shelton, head of the Influenza Viruses Group.

"Our study has shown that bird flu viruses can support mutations that reduce the effectiveness of antivirals, which would make an outbreak harder to contain should the virus evolve to infect humans.

"On-going surveillance of circulating H5 strains in birds is therefore essential and should include the mutations we have identified that are associated with human drug resistance."

In the report, the group said that past influenza virus pandemics seeded by zoonotic infection by avian influenza viruses (AIVs), as well as the increasing number of human infections with AIV, had shown the importance of having information about resistance to NAIs.

"In this study we introduced four NAI resistance-associated mutations previously found in human infections into the NA of three current AIV subtypes of the H5Nx genotype that threaten the poultry industry and human health: highly pathogenic H5N8, H5N6 and H5N2," they said.

"We showed that a R292K substitution in H5N6 and H5N2 viruses significantly reduced susceptibility to three licenced NAIs: oseltamivir, zanamivir and peramivir."

The scientists added: "Our results demonstrate that the H5Nx viruses can support drug resistance mutations that confer reduced susceptibility to licenced NAIs and that these H5N6 viruses did not show diminished replicative fitness in avian cell cultures.

"Our results support the requirement for on-going surveillance of these strains in bird populations to include motifs associated with human drug resistance."

They said that, in the absence of universal influenza virus vaccines, antivirals were important treatment and prophylaxis tools in the mitigation of AIV in humans.

They said there were many types of antivirals designed to combat influenza in humans, and they targeted different parts of the virus to prevent infection.

The antivirals tested in the Pirbright study - neuraminidase inhibitors - were globally recommended and currently the most widely used for the treatment of flu in humans.

They were small chemical compounds that prevented flu viruses from replicating by binding to the neuraminidase (NA) proteins found on their surface.

"However, flu viruses can evolve resistance against neuraminidase inhibitors by changing their NA proteins through mutations in their genome. Several circulating bird flu strains have been found with naturally occurring mutations that are like those found in resistant human strains," they said.

"As the H5N6 bird flu strain has previously infected humans, Pirbright scientists set out to understand if these mutations would make H5 strains less susceptible to neuraminidase inhibitors and whether this would alter their ability to replicate."

The mutations either had no effect on the virus’ ability to replicate or improved it by prompting additional mutations that allow for efficient replication in cells.

These other mutations could also affect which animals the virus was able to infect, which may alter the likelihood of the virus spreading to other animals, including humans.

This research was funded by the Biotechnology and Biological Sciences Research Council (BBSRC), part of UK Research and Innovation (UKRI).