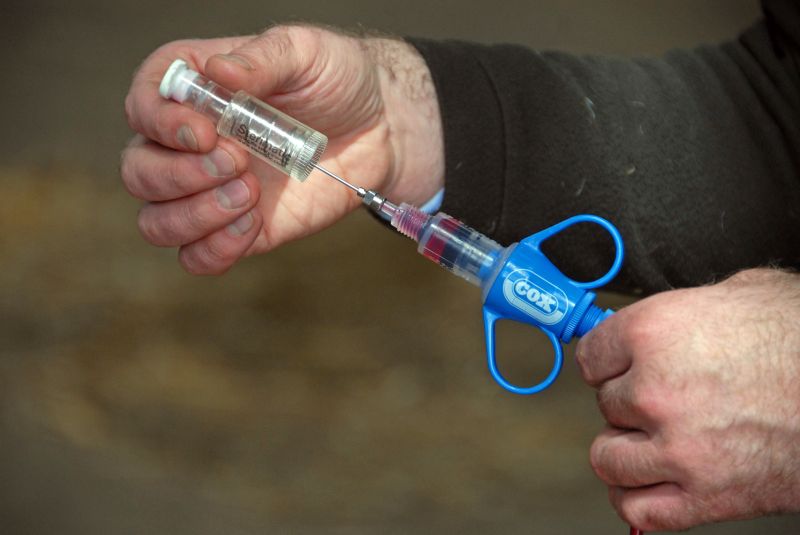 Bluetongue virus has been detected and dealt with in cattle in Yorkshire (Photo: Nick Spurling/Flpa/imageBROKER)

Farmers have been urged to increase their vigilance for bluetongue virus after the disease was picked up in two cattle imported from France in Yorkshire.

Two consignments were brought to two separate premises in Yorkshire, where the Animal and Plant Health Agency (APHA) and the Pirbright Institute identified the disease as a part of routine post-import testing.

All infected cattle, plus one other animal which travelled in the same vehicle and was found to be susceptible to infection, will be humanely culled.

The third consignment was taken to a premises in Northern Ireland where the disease was detected by the Department of Agriculture, Environment and Rural Affairs (DAERA).

Bluetongue does not affect people or food safety, but outbreaks of the virus can result in restrictions on livestock movement and trade.

The virus is transmitted by midge bites and affects cattle, goats, sheep and other camelids such as llamas. It can reduce milk yield and cause infertility and in the most severe cases is fatal for infected animals.

Government action is being taken to ensure the risk of spread of the disease is reduced, with movement restrictions already in place at the affected premises.

The UK Chief Veterinary Officer, Christine Middlemiss, said: “Farmers must be aware of the risks of bringing animals from disease-affected areas into their flocks and herds. It is vitally important that we keep this disease out.

“This detection is a further example of our robust disease surveillance measures in action, but I urge farmers to remain vigilant. They need to work with importers to make sure effective vaccination needs are complied with and that all animals are sourced responsibly.”

Importers have been told to be aware that all cattle and sheep arriving in the UK from countries where Bluetongue is known to be circulating will be restricted until post-import testing is carried out and the animals are confirmed as compliant.

Any animals which are infected with Bluetongue will be culled and no compensation will be paid. Any animals in the consignment which are at risk of becoming infected may also be culled.

In addition, all other susceptible animals on the premises will be placed under movement restrictions until it can be confirmed confirm that the disease has not spread.

Last month, a number of organisations across the livestock sector encouraged farmers to think carefully about importing animals from areas that are known to be infected with Bluetongue virus.

Following the interception of these consignments, the UK remains officially bluetongue-free, the risk of the disease remains low and exports are not affected.

All cattle and sheep farmers are reminded to:

• Discuss their needs with a private veterinary surgeon and carefully consider the risks and the health status of animals before deciding to import stock from regions affected by Bluetongue virus.

• Carefully consider what additional guarantees the seller can provide as to the animal’s vaccination status before purchasing (for example – by requesting that a pre-export test is carried out to prove immunity to BTV).

• Ensure that imported animals are accompanied by the relevant paperwork to show they meet certain conditions designed to reduce disease risk, such as correct vaccination.

• Prevent the disease spreading by practising good biosecurity on the farm premises.

• Stay alert to any signs of the disease, such as mouth ulcers and drooling from the mouth and nose, and report to APHA if necessary.