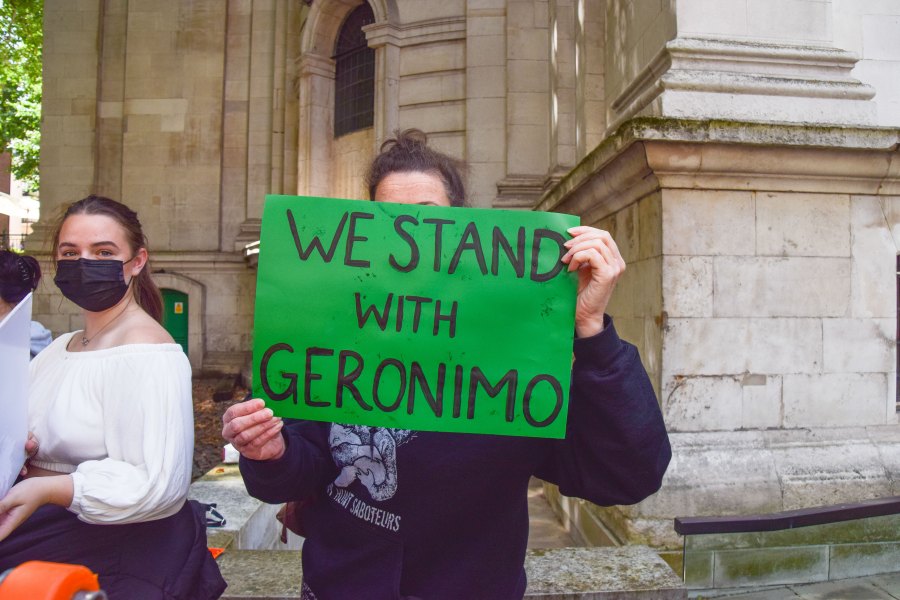 Geronimo the alpaca has been euthanised by government vets following a four-year battle by his owner and animal rights campaigners to save him.

Police officers and vets from the Animal and Plant Health Agency (APHA) arrived at the farm in Wickwar, Gloucestershire on Tuesday (31 August).

Defra explained in a statement issued today that the animal was moved from the farm and then 'euthanised' by APHA staff.

The department added that it was a 'necessary measure to control the spread of bovine tuberculosis (bTB)'.

The UK's chief veterinary officer, Christine Middlemiss said it was a 'terribly sad situation' and that her 'sympathies remain with all those affected by this devastating disease'.

"No one wants to have to cull infected animals if it can be avoided, but we need to follow the scientific evidence and cull animals that have tested positive for bTB to minimise spread of this insidious disease.

“Not only is this essential to protect the livelihoods of our farming industry and rural communities, but it is also necessary avoid more TB cases in humans," Ms Middlemiss said.

Her eight-year-old alpaca, imported from New Zealand, had twice tested positive for bovine TB using the Enferplex blood test, meaning he had to be euthanised under government guidelines.

But it was Geronimo's case which received significant media attention. Ms Macdonald believed the two TB tests were false positives, and she had also been refused permission to have a third test.

A spokesperson for Avon and Somerset Police confirmed today's court warrant: “We can confirm officers are in attendance at a farm in the Wickwar area of South Gloucestershire this morning to support the Animal and Plant Health Agency (APHA).

“We’ll always support our partner agencies to carry out their lawful duties and our role is to prevent a breach of the peace and to ensure public safety is protected.”