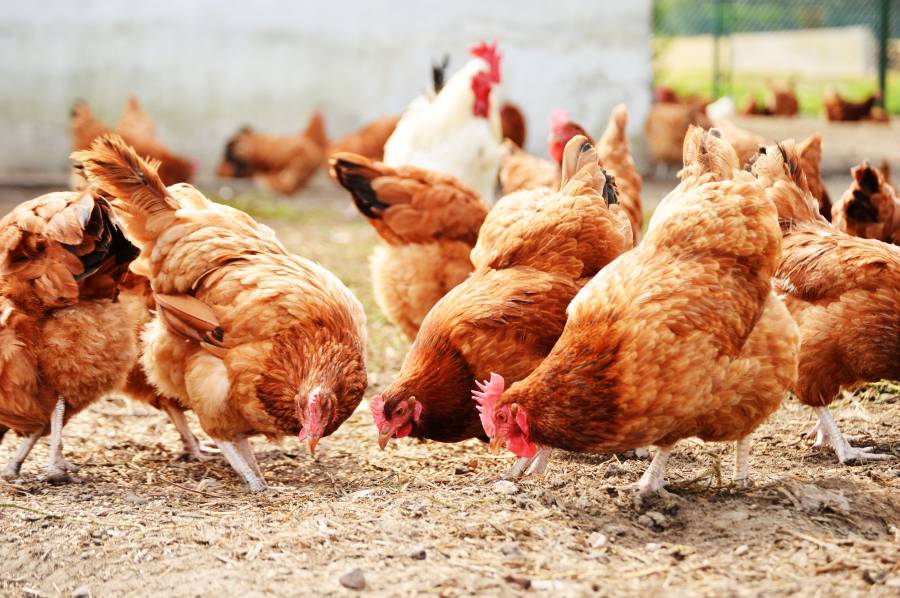 A director of one of the country's leading poultry businesses says that Brexit is a bigger threat to the industry than avian influenza.

Patrick Hook, director of P D Hook Hatcheries, has warned that the shortage of labour resulting from the United Kingdom's withdrawal from the European Union could be very damaging to the food and farming industry.

Government ministers have said they are listening to the industry's concerns about the shortage of foreign workers, but they have so far made no firm commitments.

The industry says the effects of the Brexit vote are already being felt, with many European workers heading home from the UK and businesses finding it increasingly difficult to attract replacements.

"Here at the moment we have got about 5 or 6 vacancies, but as a business we have got about 50 to 60 vacancies across the UK that we cannot fill," said Patrick Hook. P D Hook Hatcheries is the United Kingdom’s largest independent chick supplier, supplying chicks to the broiler sector.

The business has rearing, breeding, hatching and growing farms throughout the country. The company is capable of producing 10 million day old chicks and growing six million chickens a week from its regional sites in Oxfordshire, Yorkshire, Lincolnshire, East Anglia, Devon, Scotland and Wales.

Patrick Hook was recently interviewed by the BBC's Nick Robinson for a Panorama programme looking at the implications that tighter immigration controls might have for businesses in this country.

Nick Robinson suggested to Mr Hook that businesses would simply need to increase wages or employ more British apprentices to fill the threatened shortages in the workforce. But Patrick Hook said businesses would still struggle.

"We pay above the national minimum and national living wage and we still can't get the people," he said.

"Even if we have to put wages up - which I think we will have to - the reality is I still don't think that will attract domestic UK labour."

He said: "The labour crisis, and not having those skilled permanent people available to us from the European Union, is a bigger threat to us as a business and industry than avian influenza. That is a fact."

MP Jacob Rees-Mogg, one of the leading Brexiteers in Parliament, insisted on the same programme that businesses should look to unemployed and under-employed Britons to fill the vacancies.

"There are eight million people in this country who are classified as economically inactive - two million of whom would like to be economically active.

"That is a pretty big pool of people who they could train. Of course, business wants to carry on doing what it's been doing because that is easy, but the responsibility of Government is to look after the consumer and the citizen."

Both the broiler and egg sectors have warned that a lack of following Brexit could be damaging. At the Egg and Poultry Industry Conference in November, the NFU's chief poultry adviser, Gary Ford, said that labour was business critical to the poultry sector.

He said one medium sized poultry meat processor he knew of employed 240 staff. Some 80 per cent of those workers were non-UK labourers, he said.

Mark Williams, chief executive of the British Egg Industry Council, said that, following the EU referendum in 2016, the BEIC had conducted a survey, which showed that between 55 and 60 per cent of those working in packing centres were from other EU countries.

Between 35 and 40 per cent of those working on farms were from other EU countries. "Continued access to labour is of vital importance to all of you sitting in this room no matter what type of business you are involved in," he said.

At the NFU's recent annual conference, retiring NFU chairman Meurig Raymond again emphasised that the food and farming industry needed ongoing access to an adequate supply of both seasonal and permanent labour.

"Britain's farms need access to the EU market, we need access to a reliable workforce and we need measures to help our food and farming industry be more productive," he said.

Business Secretary Greg Clarke told delegates at the conference that he understood the problem. "I hear loud and clear the challenges you are experiencing in your workforce currently," he said.

"Agriculture will always rely on seasonal workers whether from home or abroad. Two thirds of your workers are born outside of the UK, come from the EU. It is an absolutely crucial component.

"I know that Michael Gove (Environment Secretary) touched on it yesterday. As we move to a new relationship with the EU, I regard it as essential, as I know Michael does, that you get the workers that you need."

Labour's farming spokesman, David Drew, committed his party to restoring a Seasonal Agricultural Workers Scheme during his speech at the conference - a commitment that was welcomed by NFU leaders. He said a lack of labour would lead to serious consequences for farming.

But whilst Michael Gove said he understood the industry's concerns, he has so far stopped short of making any such commitment.

The Government is still reluctant to outline its post-Brexit plans. Questioned by Nick Robinson on Panorama, Immigration Minister Caroline Nokes simply said that the Government would bring forward an immigration policy when it was ready and when it was convinced it was doing so with "the right evidence in the right way."