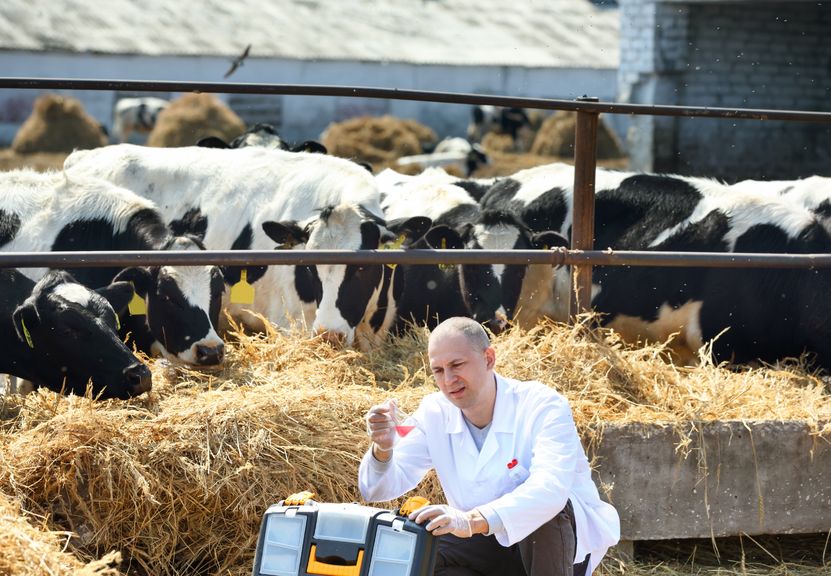 The veterinary industry has predicted a 325 per cent rise in veterinary certifications needed for agricultural trade post-Brexit.

As the UK exits the EU, new trade agreements for meat and agricultural products like milk, gelatine and hay could trigger a significant increase in the number of veterinary certifications needed.

According to the British Veterinary Association (BVA), this would require many more vets to perform this role.

The organisation released its predictions in its response to the Environment Food and Rural Affairs Committee (EfraCom) inquiry into the impact on the UK’s trade in food after Brexit.

When the UK leaves the EU, the BVA said it may no longer enjoy the same trading freedom with EU countries and could be treated as a ‘third country’ by the EU.

As such, exports and imports of animals and animal products to and from the EU will need new veterinary certifications.

These will need to be developed and supervised, which will require an increase in the number of ‘Official Veterinarians’ to perform this role.

According to the UK Chief Veterinary Officer, Nigel Gibbens, the volume of products requiring veterinary certifications could increase by as much as 325%.

The World Organisation for Animal Health (OIE), a reference organisation of the World Trade Organization (WTO), has recognised veterinary services and certification as “fundamental” for food safety.

Veterinary surgeons, employed by their respective governments, work as official controllers in settings like farms and food premises to protect animal welfare, food hygiene and safety, and public health.

For every animal or animal product that is imported or exported, specially trained ‘Official Veterinarians’ certify and supervise this process to and from third countries, ensuring smooth trade.

There are currently 1,063 Official Veterinarians authorised by the Government’s Animal and Plant Health Agency (APHA) to certify food products for export to third countries from Great Britain, and this number would need to increase significantly to accommodate the rise in certification that could happen post-Brexit.

The veterinary industry has urged the Government to undertake a major review of third country certification to ensure the UK has the capacity to fulfil new trade agreements.

To combat the potential shortage in veterinary capacity, the BVA has also called on the Government to guarantee working rights for non-British EU vets and veterinary nurses currently working and studying in the UK.

British Veterinary Association Senior Vice President, Gudrun Ravetz said: “Vets are absolutely vital to facilitating UK trade by ensuring standards so that consumers at home and abroad have confidence in the food safety and welfare of the products they choose to buy.

“Veterinary certification is required not only for meat, but a whole range of products such as gelatine in sweets,” Ms Ravetz said.

“Ironically, it is non-British EU vets who make up around 50% of our new workforce each year. However, since the EU referendum, we are facing serious problems in recruiting and retaining EU vets, which makes the need for more vets to perform this crucial trade-task an even more pressing concern.

“Vets’ role in the future of UK trade must be recognised and planned for, as an integral part of forthcoming trade negotiations.”

The BVA trade submission also outlines that access to veterinary medicines could potentially be restricted post-Brexit.

The veterinary group has also called for any new trade deal with the EU to maintain the link with EU veterinary medicine approval systems, in order to protect animal and public health.

The UK currently has high standards of animal health, animal welfare and public health, including food safety, in its food production.

These standards help prevent the spread of pathogens and diseases in animal products, ensure farm animals have a humane death, protect food safety and safeguard responsible antimicrobial use.

BVA’s submission to the EfraCom trade inquiry emphasises that, as public goods, the UK must prioritise the maintenance of these standards in all trade negotiations moving forwards.