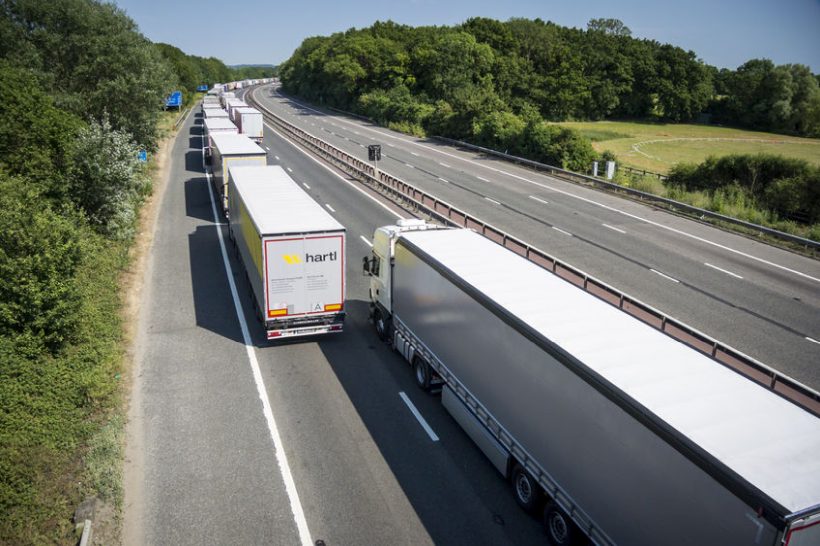 NFU Scotland has told the government to prioritise the paperwork and physical inspections associated with agri-food trade to the EU that has resulted in delay and losses.

The union has written to Lord Frost, the UK's chief Brexit negotiator, urging a simplification of the sanitary and phytosanitary (SPS) border controls.

Agri-food exporting businesses have warned that the cost and time currently levied by these compliance requirements present a severe hindrance to trade.

A major failure of the trade deal with the EU from the perspective of Scottish agriculture is around seed potatoes.

In an annex to the Lord Frost letter, NFU Scotland points out that failure by the UK and the EU to agree equivalence on seed potatoes has had 'immediate and grave consequences'.

As an EU Member State, Britain exported around 30,000 tonnes of seed potatoes, worth £13.5m, to Europe each year and the majority of these were high-health stocks grown in Scotland.

But NFU Scotland warns that the seed potato trade has now come to a complete halt.

The union's president Martin Kennedy said: “Many of the export difficulties being experienced stem from the compliance needs associated with export health certificates and customs declarations.

"The extra cost and time levied by these compliance requirements present a new, and possibly permanent, hindrance to trade unless rectified."

He said immediate priority must be given to streamlining these forms and processes through digitisation as 'an absolute minimum'.

As the EU and the UK have the same SPS rules in place, agreements on equivalence and the mutual recognition of each other’s rules must be accepted to ease the flow of these goods.

Only when either partner makes a change to those SPS rules should it be necessary to require an export health certificate or customs declaration, Mr Kennedy said.

“Specifically, on seed potatoes, this an issue which is particularly damaging to the high value, high health sector in Scotland due to the loss of these lucrative EU markets.

"We welcomed the rapid action of Defra in applying for equivalence in January. However, it is hugely disappointing that the EU Standing Committee on Plants, Animals, Food has continued to block the application on what NFU Scotland considers to be increasingly spurious grounds."

“We will continue to work with all governments and stakeholders on seeking a resolution to the loss of these vital seed potato markets."