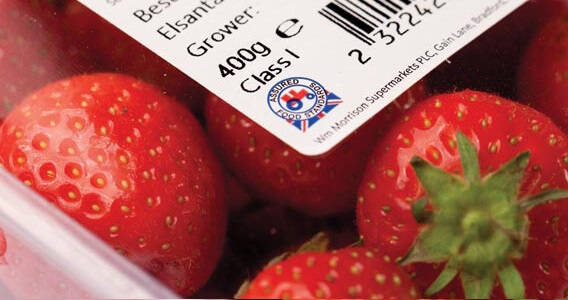 The British public do not back imports of sub-standard food once the UK leaves the EU, survey reveals

The vast majority of the British public believe that future trade deals post-Brexit must ensure imported food is produced to the same standards as the UK.

A new survey of 2000 people has revealed that just under nine in ten people (86%) say that imported food must match Britain's high standards.

It also shows that public support for British farmers has equalled an all-time high (69%).

The survey, by OnePoll, demonstrates the value the country places on its food and farming industry.

The NFU said the figures send a clear message to the government and the future Prime Minister over how the public feels about backing British farmers in a future trade deal.

President Minette Batters said: “The survey is clear - shoppers tell us they simply will not tolerate the government signing post-Brexit trade deals which would see food on supermarket shelves that would be illegal to produce here.

“British farmers produce food to some of the highest standards in the world and these new statistics paint a very clear picture that the public hugely support what our food and farming sector delivers for the nation.

“Food security and domestic food production should not be jeopardised or off-shored. It is strategically important for a country to have the ability to feed its people,” she said.

Earlier this year, Defra Secretary Michael Gove highlighted at the NFU Conference how leaving the EU provides British farmers with a 'world of opportunity'.

But the farming industry has frequently warned how leaving the bloc with 'no-deal' or a bad trade arrangement puts all of that in danger.

The NFU has maintained that a no-deal Brexit could be catastrophic for Britain, as the impacts for the farming industry could be 'wide-ranging'.

For example, Britain could face disruption as a result of being prevented from exporting agricultural products to the EU.

The UK would need to be re-approved by the EU as an exporter and there are no guarantees this would be in place.

The lamb industry could be particularly impacted, as 31% of its produce was exported to the EU in 2017.

Farmers have also warned that standards must not be sacrificed in a future US trade deal as the Trump administration demands 'unwarranted barriers' are pulled down.

The NFU President said that after Trump’s state visit to the UK in June, a further 2,000 people joined the union's campaign to Back British Farming.

Nearly 30,000 people have now signed up to back British farming and its values.

“The months ahead will prove pivotal in determining our future relationship with the EU and we have to get this right,” Mrs Batters said.

“The nation recognises British farming as an industry of great importance and value, it is now time for the government to do the same.”

The online survey carried out by OnePoll took place between 20 May and 25 May 2019, surveying 2000 adults in England and Wales.