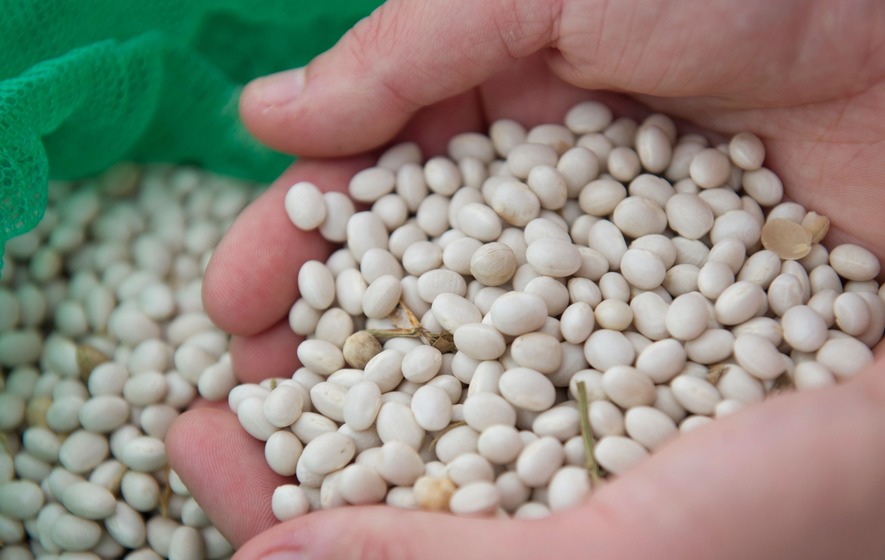 UK-grown plant-based proteins could progress forward if market demand is there, researchers say

British farmers could become large-scale producers of a plant protein crop as researchers breed a new variety of bean suited to the UK's climate.

The white haricot bean has been bred by UK researchers as the country's eating habits shift toward a more flexitarian diet.

It has been harvested from a large-scale field trial with a combine harvester for the first time last month.

The bean was registered for National Listing in 2018 as ‘Capulet.’

Professor Eric Holub, a plant genetics expert from Warwick University’s School of Life Sciences, has been leading the project.

He said: “Currently, British farmers are not large-scale producers of haricot beans because commercial varieties developed in other countries are poorly suited to our climate and light conditions.

“However, our eating habits are shifting in Britain towards a more plant-based or flexitarian diet.

“British consumers will have an opportunity to help improve our food system if commercial varieties of haricot beans can be developed successfully for British farmers.”

Haricot bean is a diverse and versatile crop, so cross-breeding work continues to generate potential new varieties in a range of colours and sizes.

As the next step is commercial testing, Capulet has been trialled with an agronomy partner this year in several farm sites across England.

Consumer interest and participation in the research is 'essential' alongside the crop work, Prof Holub said.

He added: “We are a nation known for its love of beans, but, in the form of a processed food – baked beans. But for the big brands, the raw ingredients are imported, and they’re not baked – they’re pressure cooked in a tin.

“Capulet may find its way into tins, however, our approach to selecting new haricot bean varieties for consumers is to improve convenience for cooking at home from a raw ingredient.

“Capulet and all of its sibling varieties will be fast-cooking from a dry bean. This is important to introduce British-grown beans as a versatile ingredient to be used along with UK-grown vegetables, cereals and animal-based products like cheese and sausages.”

Researchers are now waiting on consumer feedback, and if there is demand and a market for a product, farmers will then grow the bean.