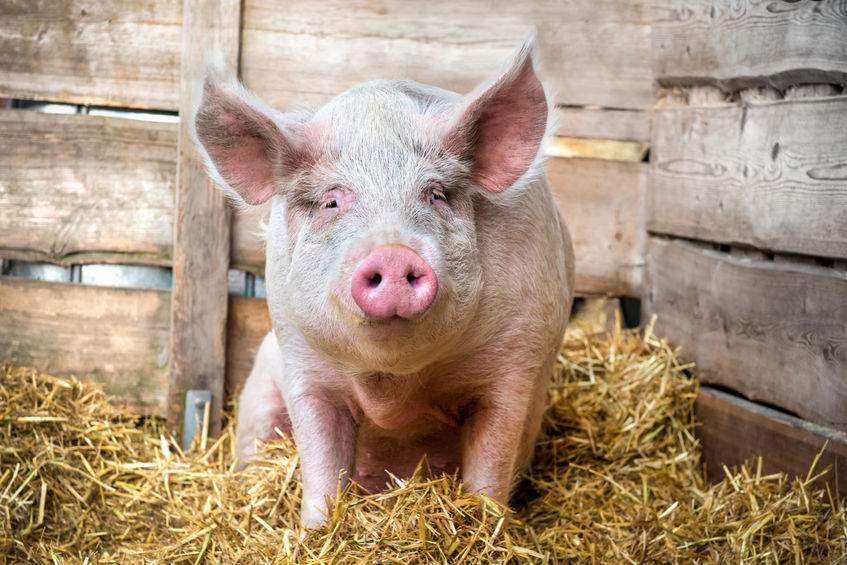 British pig producers continue to benefit from firm farmgate prices around 10% higher than a year ago, according to the latest market commentary.

Producer prices have also been remarkably stable throughout 2020, but this firmness in the domestic market has not been repeated elsewhere, Quality Meat Scotland (QMS) said.

As a result, UK pig producers are getting a price well above the EU average which is in sharp contrast to the position at this time last year when the UK price was lower than the EU average when quoted in Euro.

According to Stuart Ashworth, director of economics services with QMS, the general firmness in the UK market has been achieved despite slaughter statistics showing a small increase in both the numbers slaughtered over the first third of the year and increased prime pig carcase weights.

He said: “Market firmness has been helped by firm retail demand particularly for bacon and sausages, although the market for pork roasts has been more challenging.

“Market sentiment has also been helped by continuing firm demand from China and reduced imports.”

Looking at the major pig meat exporting countries, all have reported considerable growth in exports to China despite the coronavirus outbreak.

The EU, for example, reported exports to China in the first quarter of 2020 75% higher than the same period last year.

“Similarly, and despite trade tensions between China and the USA, the US reported exports to China in the first quarter of the year nearly five-fold higher than a year earlier,” Mr Ashworth explained.

The longer-term effects of African swine fever in China are expected to result in continued firm demand from China for pig meat well into 2021.

However, according to QMS, recent indications are that import prices paid may not remain as firm as they currently are as Chinese producer prices, although about double the levels of a year ago, have fallen more than 20% over the past quarter.

As attention once again turns to Brexit negotiations, the importance of global trade patterns and access to markets is a key area of concern for the sector.

“The UK has published its new import tariffs to apply from January 1 2021 and they include import tariffs on pork and pork products,” said Mr Ashworth.

“With no indication of any new quotas in the document, this would mean that all pig meat imports from the EU, and elsewhere, would face import tariffs unless negotiated otherwise.”

The EU report that, historically, around 20% of the bloc's pig meat exports come to the UK making the UK the second most important export market for the EU, although growth in trade with China has reduced the importance of the UK market to Europe more recently.

In the same way, the European Union is an important export market for the UK - as is the Chinese market.

“While import tariffs would offer some protection to producer prices, without tariff-free access to export markets for cuts less popular in the UK, the benefit would be less robust,” said Mr Ashworth.

According to QMS, tariffs are only one part of trade terms and conditions, of equal importance are the non-tariff barriers.

These can include, for example, abattoir operating standards, the level microbiological and medicine residues and border control inspections.

“As the UK exits the EU, it will bring current EU food safety and hygiene standards into UK law maintaining the status quo,” explained Mr Ashworth.

“However, when the UK then enters into trade negotiations with the EU and other countries, concerns have been raised that the UK may revise the non-tariff barriers to trade with the potential for imports from third countries that are produced to lower standards than are currently applied in the UK.

“An example in the pig sector is the use of growth stimulant ractopamine in the US pig sector, which, in turn, could compromise our trading position with the EU and other countries.”

The implications of trade disruptions can be considerable not only for the pig sector but also for the cattle and sheep sectors.

“However, that compromise should not result in the high standards of animal welfare and food safety demanded of Scottish producers being compromised by relaxation of non-tariff barriers to trade.”