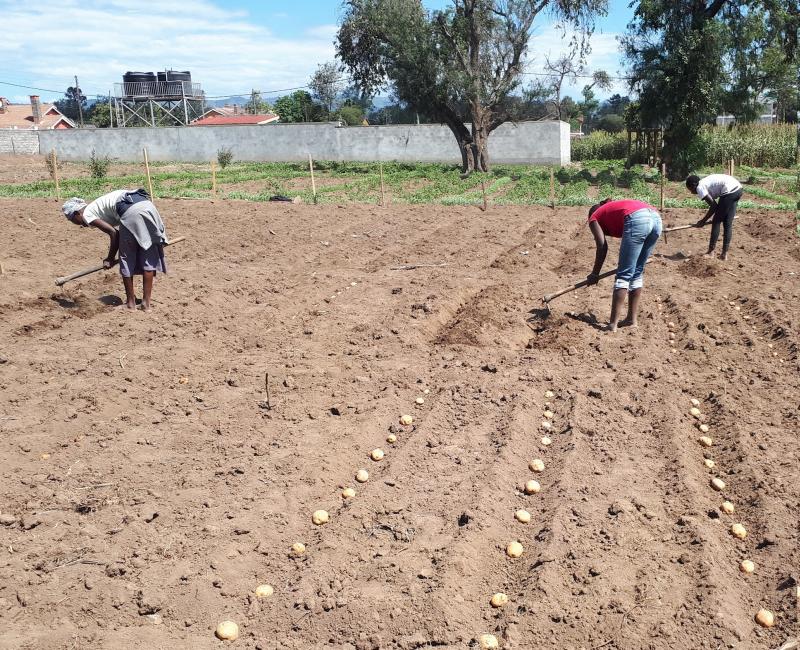 Three British potato varieties have been recommended for release in Kenya

Approval has been confirmed for British producers to export potatoes to Kenya, where the crop is the second most important after maize.

In the trials Cara yielded very strongly over the course of both seasons with a combined average yield of 52 tonnes per hectare.

About 2-3 million tonnes of potatoes are grown annually in Kenya, however most farmers use home-saved seed and achieve yields of as little as 10 tonnes per hectare.

The announcement is good news for British seed producers, with the next steps to support producers in creating market links in Kenya.

Rob Burns, AHDB Head of Crop Market Trade Development said: “Kenya has a burgeoning middle class; and as well as table varieties there is a growing need for processing potato seed to supply the growing market for premium potato-based products such as crisps and chips.”

Jonathan Snape, Head of James Hutton Ltd added: “We are delighted that two of the varieties we bred for Greenvale AP and Grampian Growers have performed so well in these trials and we will be engaging with representatives of the Kenyan potato industry in order to open up this potentially important new export market.

“We are grateful for the support of the Scottish Society of Crop Research who facilitated getting high quality Scottish seed out to Kenya for the trials.”