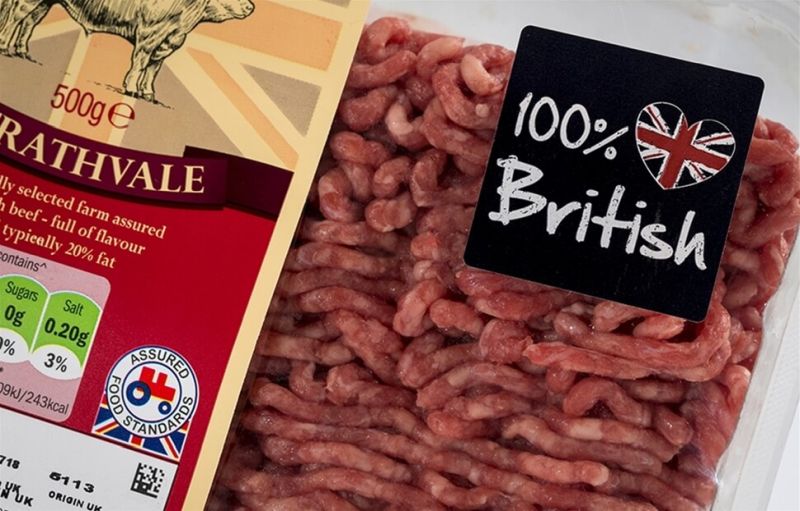 Calls have been made to ensure that all fresh meat sold in the UK has been labelled showing where the animal was reared and slaughtered.

It comes as British consumers begin to take much more notice about where the meat they eat originates.

Currently, sausages made in Britain from Danish pork can be legitimately labelled as British because the meat has been processed in the UK

The Countryside Alliance wants to change this and is pushing for 'proper British' labelling, including that where meat is an ingredient and part of an overall product.

According to a 2017 survey by NFU Scotland, consumers often struggle to identify where their meat comes from due to a lack of transparency on produce.

But food marked as British which shows that it is produced exclusively by British farmers would not mislead consumers, the Countryside Alliance argues.

As part of the group's 'Rural Charter', it is calling for the next government to introduce mandatory country of origin food labelling for all meat.

Such a move would 'ensure a level playing field for hard working farmers' after the UK leaves the European Union.

Sarah Lee, Head of Policy at the Countryside Alliance said: “UK consumers are becoming more conscious of the food they are purchasing and eating.

“This is something that should be welcomed by the next government and actively encouraged.

“We want the next government to recognise the importance of proper British food labelling and not to allow the current, misleading, form to continue as it is.”