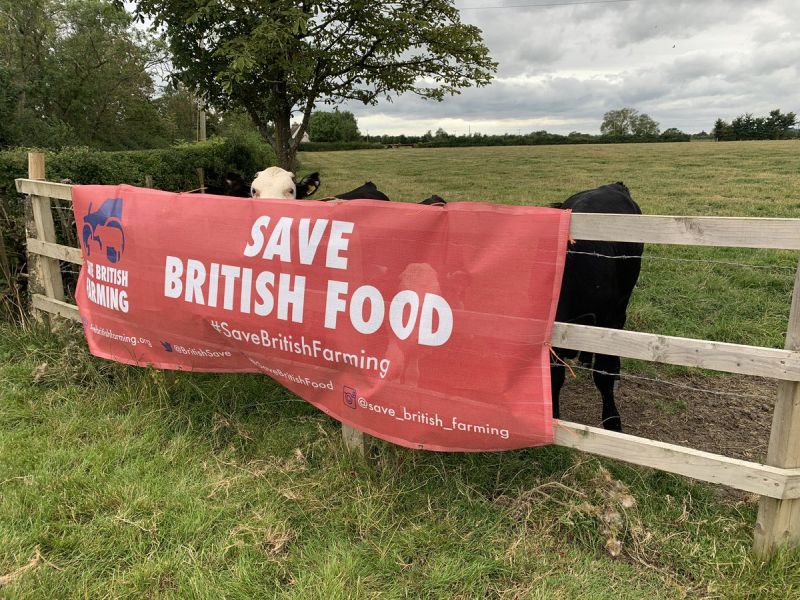 A campaign group led by farmers has unveiled banners and posters urging the government to uphold British standards in the event of any trade deal.

Save British Farming (SBF), a group of activists against the 'opening of floodgates to lower-regulated food', unveiled the posters.

Farming groups have frequently raised concerns that the government is prepared to sacrifice the UK's high standards in order to gain trade deals.

Liz Webster, founder of SBF said: "There is hope if enough people fight for this. The overwhelming majority of the British public don’t want to lower food standards."

SBF campaigners are calling on farmers and the public to display the banners so 'MPs can see how passionately the British feel about their food'.

Ms Webster said: "We all are what we eat and I don’t want young children eating hormone-injected beef or chlorinated chicken.

"It’s about the food on people’s plates – it’s not just about farms."

Farmers and the general public can order the posters and banners on SBF's website.

SBF organised a protest in Westminster's Parliament Square last month, which called on MPs to 'save food standards and farmers'.

Campaigners were protesting the government’s agriculture bill which they fear would 'ditch' British animal welfare and environmental standards.

"The government is also threatening a no-deal Brexit that wipes out half our farms and puts us at the mercy of the US farm lobby.

"Farmers and consumers say: yes to proper food standards and proper trade deals – no to no-deal," the group said.