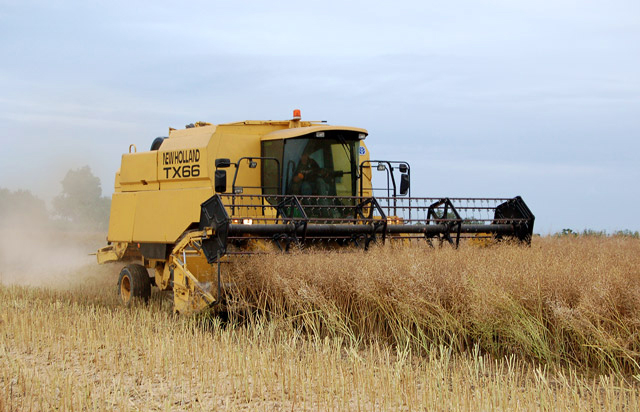 Gail Soutar of the NFU told delegates that unofficial, leaked data doing the rounds in Brussels had allowed experts to put the possible impact on 'pillar one' direct payments into numbers.

“The team estimates that the pot of money available will be cut by 10% in real terms,” she said, leaving UK farmers below the EU average and behind key rivals. She added that the cut to ‘pillar two’ funds (agri-environment and rural development) could be 22% on the 2013 budget, putting the UK at the very bottom of the EU pile.

“Did the UK go looking for a fair allocation or did it focus its whole strategy on being able to move money from from pillar one to two?” she asked.

For the NFU, the leeway for member states to make such a move – to the tune of 15% of the single farm payment funding – is 'without justification,' especially in light of controversial plans for the ‘greening’ of pillar one.

Discussion of that element of the proposals brought brighter news in the shape of ‘significant changes’ to the original Commission plans from MEPs, particularly an exemption from the arable greening measures for those with 75% or more permanent pasture.

But real concerns remain, said Soutar, particularly noises from Defra that implementation might take the shape of a single delivery method ‘similar to ELS’ – which could deprive English farmers of options open to their rivals and impose more onerous standards.

Defra’s CAP strategist Martin Nesbitt stressed the voluntary aspect of the capping of direct payments to large beneficiaries and noted the wording of proposed greening regulation.

Implementation, he said, should ‘avoid administrative burden’ and ‘ecological focus areas’ should ‘not be used to take land out of production’ and should ‘avoid unjustified losses to farmers’.

He was satisfied with provision to move 15% of monies from pillar one to two, but less so at a similar degree of leeway in the opposite direction.

In terms of a timetable, he said a final agreement in June will be reliant on the European Parliament endorsing the recent EU Budget deal and formally adopting its CAP reform position next month.

There was a “big question mark” on that timeframe, he said, but should it happen member states would have 18 months to implement plans on the ground for a 2015 start date.

The session began with a German perspective on the process from Willi Kampmann, head of international affairs at the national farmers’ association, the DBV.

He said farming and mid-sized food production had been stabilising economic influence in troubled financial times and job losses in a sector which employs 11% of the workforce had been limited.

The German government and the DBV were “broadly aligned” on CAP reform and had taken a pragmatic approach to the European Parliament proposals.

Despite likely cuts of 7% to pillar one and 9% to pillar two, Kampmann said European agricultural policy was “still more reliable than any national policy”.

The Irish Presidency appeared “well prepared”, he added, and he was fairly confident a final deal would be hammered out by June.

Moves towards greater market management would be a chief area of concern.

Kampmann said: “We are confronted by more and more opening markets. The Commission is currently pursuing 12 different deals, and while there are of course risks there are also opportunities. Market regulation which interferes with supply management will not help.”