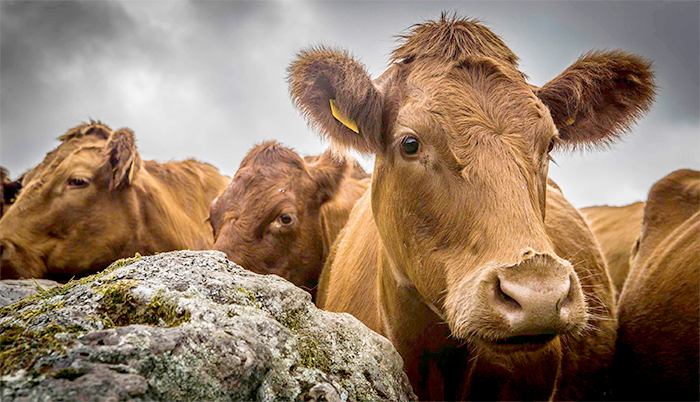 A single case of bovine spongiform encephalopathy (BSE) has been confirmed on a farm in Somerset, the government has said.

The disease was found in a deceased animal on Friday (17 September), and has since been removed from the farm.

The Animal and Plant Health Agency (APHA) confirmed the development, adding that there was no risk to food safety.

Movement restrictions have been put in place to stop the movement of livestock in the area while investigations continue to identify the origin of the disease.

There have been five cases of BSE in the UK since 2014, all of these had been in animals which, as fallen stock, were not destined for the food chain.

In the 1990s, millions of cattle were culled across the country during a BSE epidemic.

Chief veterinary officer Christine Middlemiss said the animal had died on the farm and was tested as part of the government's surveillance controls.

"Movement restrictions have been put in place on the farm. This is standard procedure until we have a clear understanding of the origin of the disease.

"This is further proof that our surveillance system for detecting and containing this type of disease is working.

"We recognise this will be a traumatic time for the farmer and we are on hand to offer advice through this difficult period."

The UK’s overall risk status for BSE remains at ‘controlled’, the government confirmed, adding that there was no risk to public health.

There are strict controls in place to protect consumers from the risk of BSE, including controls on animal feed, and removal of the parts of cattle most likely to carry infectivity.

What are the signs of BSE in cattle?

Affected cattle do not usually show signs of BSE until they are at least 4 or 5 years old.

Cattle with BSE may slowly develop some of the following signs over a period of weeks or months:

• Weakness or high stepping of the legs, particularly the hind legs

• Reluctance to cross concrete or drains, turn corners or enter yards or go through doorways

• Aggression towards humans or towards other cattle

• Manic kicking during milking or reluctance to allow milking

• Difficulty in rising, progressing to recumbency

• Tremors under the skin