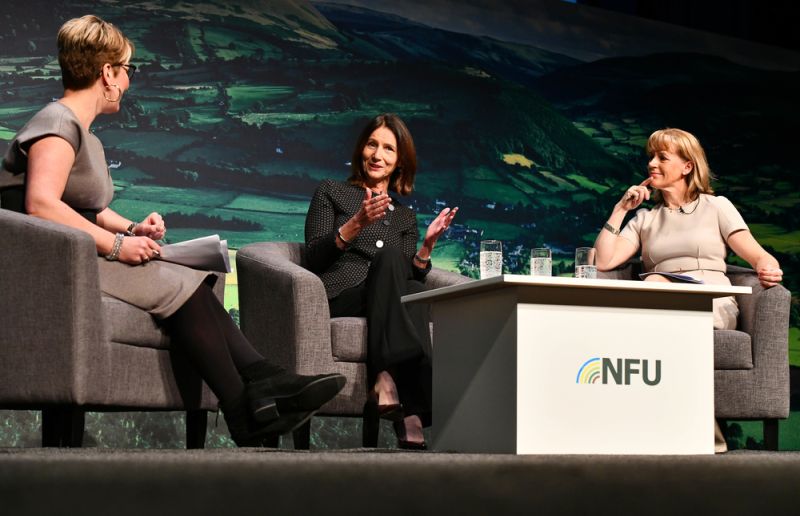 The Confederation of British Industry has backed farmers' calls for a standards commission to advise government during Brexit trade negotiations.

UK farm leaders have frequently called on government to back up its assurances on upholding British farming’s standards by creating a trade commission.

Such a move would ensure that any future trade policy does not undermine farming's high environmental and animal welfare standards.

During the NFU Conference on Tuesday (25 February), the CBI, which represents 190,000 businesses of all types, said it 'absolutely supports' the proposal.

The director general of the group Dame Fairbairn said that without a trade standards commission the UK would 'not get the right kind of deals'.

“We can scramble, we can get the right voices around the table and that’s our offer to government," she said during a panel session at the conference.

"We haven’t done these kind of trade deals for 40 years, and if you look at who’s good at doing them and what characterises a good trading set-up, it’s really close engagement between governments and business groups.

“Standards in trade sounds like a techy thing, but they encapsulate who we are as a country. We are just beginning to realise that we need an evidence-based conversation about the kind of place we want to be."

She added: "That’s why we are saying to government, ‘create that proper framework for debate and discussion’.

"When the NFU talks about the need for an expert commission, the CBI absolutely supports the principle behind that.”

The NFU is also calling for legal provisions in the Agriculture Bill to ensure food imports do not undermine British farmers.

During the session, NFU President Minette Batters said that a recent trip to the US with Dame Fairbairn had highlighted how much uncertainty remained in the UK’s trading position.

Mrs Batters said: “The US published its negotiating positions in 2017 and the overriding part of our conversations over there were around ‘where are yours?’”

Dame Fairbairn added: “Trade is a contact sport and there’s always a lot of noise, but the business community has started with a sense of optimism after the gridlock of last year. We are hoping to see pragmatism and a strong evidence base.

“We absolutely respect the government’s mandate, and they have said we are going to see some friction. I think there is a recognition that this government is prioritising sovereignty over rules.

"There is some waking up and smelling the coffee to do, but within that I still think we can have a pragmatic trade deal.”