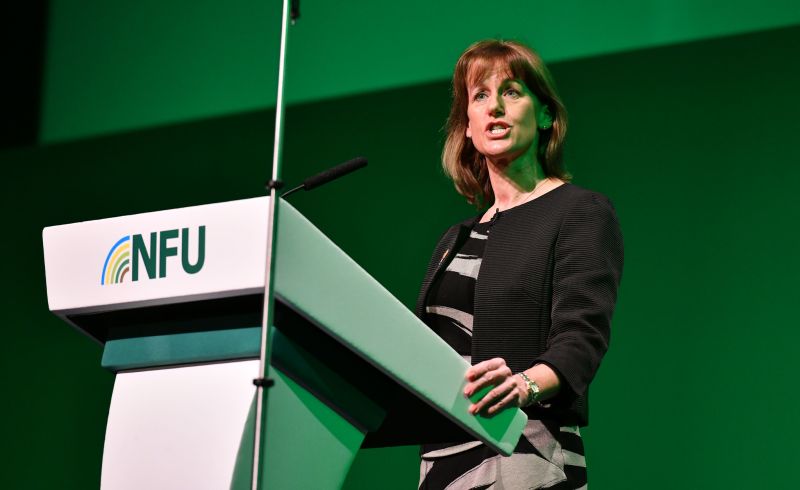 The NFU has written to the Defra Secretary urging the establishment of a trade commission to ensure farming is not undermined in any future trade deals.

With only two months to go until the UK leaves the EU, farm leaders are urging the government to back up its assurances to uphold British farming’s standards post-Brexit.

NFU President Minette Batters has written to the Secretary of State for Defra, Theresa Villiers, asking her to establish a trade and standards commission.

This would ensure that the UK’s future trade policy does not undermine British farming’s high environmental and animal welfare standards, Mrs Batters says.

At the NFU’s Conference in February, former Defra Secretary Michael Gove agreed to the request to introduce the commission but the body has yet to be established.

Mrs Batters said: “British farmers, and indeed the British public, need assurance that the UK’s high welfare and environmental standards will not be undermined by the UK’s post-Brexit trade policy.

“A trade and standards commission will be fundamental in ensuring our food and farming values are upheld after we leave the EU, and I ask the Secretary of State to confirm her commitment to setting it up as a matter of priority.”

The group, which would be made up of government officials, industry representatives, civil society groups and experts in food and farming, would make recommendations on the UK’s future food trade policy.

It follows concerns that the farming industry could be sacrificed in order to make a quick trade deal between the UK and the US.

Both Trump's administration and the US food industry have been clear that they expect existing regulatory barriers relating to standards of production to be removed.

Alongside this, in the event of a no-deal, the UK government plans to reduce import tariffs on nearly all imports of agricultural products.

This would effectively remove the only protection that currently prevents food which has been produced to lower standards coming into the UK.

Mrs Batters added: “Even if we leave the EU with a deal, there is a very real risk that we will have to compete with food imports that have been produced using methods and products that would be illegal on British farms.

“This would not only be a betrayal of our values but of British farmers whose businesses would be undercut, as with lower standards comes lower costs of production.”

While the government has consistently said it has no intention of allowing the UK’s production standards to be undermined, there has been little detail about how it will back up this commitment.

“We need a clear commitment from Defra that it will set up a trade and standards commission as quickly as possible to provide certainty for both farmers and the British public that our values of food production will be respected post-Brexit,” the NFU president said.

The NFU’s proposal for a trade and standards commission would be charged with producing a report making recommendations on how future trade policy should be developed while respecting and upholding the UK’s high standards of production.

The government would need to act on these recommendations.