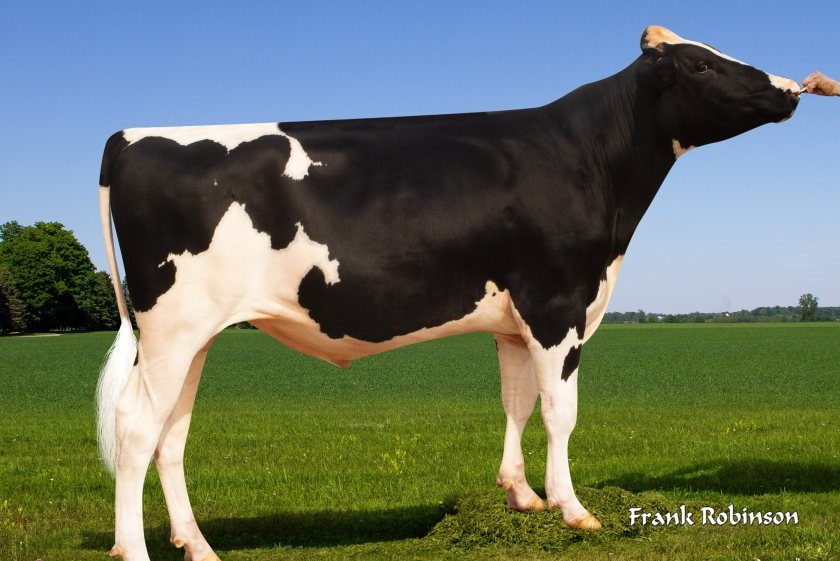 The major revision is part of the launch of HealthyCow, which rolls all individual health traits into one figure.

Alongside this, a Gestation Length Index (GL) will be introduced as a breeding tool which can be used to assist with management.

A new rolling base will also ensure genetic evaluations are as accurate and up-to-date as possible, AHDB Dairy says.

The introduction of HealthyCow recognises the important role breeding plays in improving animal health and welfare.

It wraps up 10 health or health-related traits into one figure which has been designed to help producers identify, at a glance, the bulls which pass better overall health on to their daughters.

These are traits which have been used individually by breeders for many years, but have now been amalgamated into a single figure.

This represents the financial saving each bull is predicted to pass to his daughters through their better health, and will be expressed in £.

For example, if a bull has an HC of £300, the better health he’ll transmit is worth, on average, £300 to each of his daughters over their lifetimes, compared with a bull whose HC is £0.

Marco Winters, head of animal genetics for AHDB Dairy said: “Dairy producers have been selecting their cows for better health for as long as they’ve been breedin.

"In latter years, have been assisted in this process with genetic indexes, or Predicted Transmitting Abilities [PTAs].

“For example, if they wanted to improve their herd’s fertility they would use Fertility Index, or to reduce cell counts, they would focus on SCC Index.

“However, if they just wanted to get a quick impression of whether a bull was an overall health improver, until now they had no single figure.

“But now, HealthyCow will help them identify, at a glance, which bulls transmit the best overall health.”

Each of the traits within HC remains in the national breeding index, Profitable Lifetime Index, which itself, also includes milk production and efficiency.

Mr Winters said: “Our advice remains that year-round calving producers should base their primary sire selection on £PLI, but the many for whom health is a rising priority may find a single genetic value for health a useful secondary guide."

The second change for April is the introduction of a Gestation Length Index (GL), providing a prediction of gestation length for the bull’s calves.

Expressed in days as a deviation from the national average, a bull is likely to have a figure ranging from around -5 to +5 days, where zero is the average and positive figures represent longer gestations.

“This will be a standalone figure and not included in £PLI, as for many producers, gestation length is of no great importance in itself,” said Mr Winters.

“However, for those with tight block calving periods, it can be used as a management tool when shorter gestations can help bring calvings from later inseminations back on track.”

The final change is a move to an annual recalculation of each breed’s average for every trait.

Mr Winters explained: “Since genetic indexes have been in use, they’ve always been expressed against an average animal, with each trait’s average set at zero.

“But, as the national herd makes genetic progress, the average also rises and for this reason, is periodically reset to zero. Without the reset, as genetics improve, almost every animal would eventually be better than the ‘average’.”

Until now, this reset – or base change – has been carried out every five years but this is set to change.

From the April bull proofs onwards, the UK dairy breeding industry moves to a rolling base, which means the average against which all animals are compared will be recalculated every year.

“This has become more important in the face of rapid genetic progress brought about by the use of genomics,” he said.

“It means there won’t be a big drop in figures every five years, but a small change each year, and PTAs should remain more meaningfully related to the live cow population.”

“Most importantly, moving to a rolling base has no effect on the order of bulls, which will remain in the same position in the rankings.”