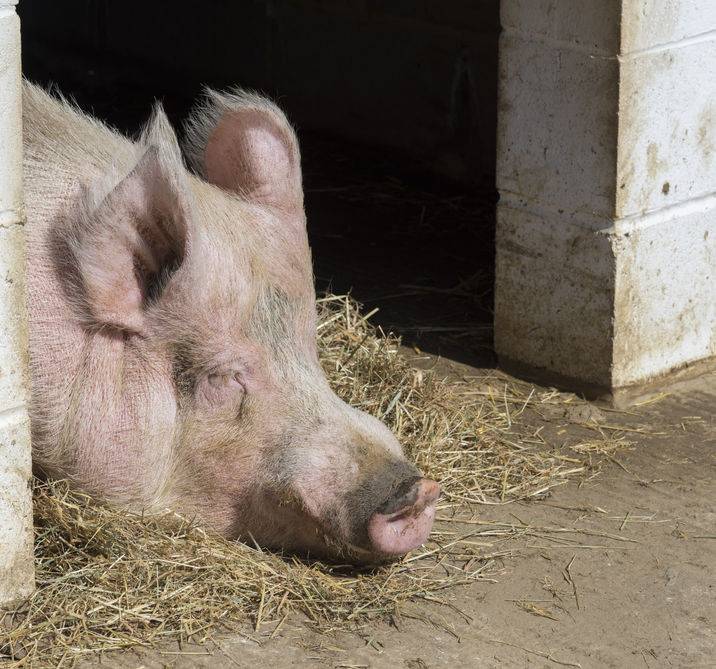 China is a major pig producing country and accounts for approximately half the global population of swine, estimated at 500 million

China has suffered its most serious case of African swine fever yet, further damaging the country's cherished $1 trillion pig industry.

A farm in the northeastern Liaoning province was confirmed on Monday (15 October) in a statement published on the website of China's Ministry of Agriculture and Rural Affairs.

A total of 221 pigs died on a 19,938-head farm Jinzhou city, according to Reuters news agency.

“The fact that the disease was confirmed on a big pig farm showed that it got more serious,” said Yao Guiling, an analyst with consultancy China-America Commodity Data Analytics.

Reuters reported that the disease had also been confirmed on two more farms in the region. A farm with 1,571 pigs in Panjin city reported an outbreak, which killed 109 pigs, while 129 out of 270 pigs died from the disease on a smaller farm, also in Panjin.

The rapid onset of African Swine Fever (ASF) in China, and its detection in areas more than one thousand kilometres apart within the country, could mean the deadly pig virus may spread to other Asian countries anytime.

There is no effective vaccine to protect swine from the disease. And, while the disease poses no direct threat to human health, outbreaks can be devastating with the most virulent forms lethal in 100 percent of infected animals.

So far, in efforts to control the spread of the disease, Chinese authorities have culled more than 24,000 pigs in four provinces.

Its value chain involves a very large and wide range of producers from small family holdings to large-scale commercial operators.

UK pig farmers and keepers have been reminded not to feed kitchen or catering waste to pigs to help prevent the spread of the disease.

The Animal and Plant Health Agency (APHA) stressed that the risk to the UK from ASF in China was ‘negligible’.

If the disease were to reach the UK it would have a devastating effect on the export market and would also mean the humane culling of pigs on infected premises to prevent further spread.