Chlorinated chicken must be part of US-UK talks, Pompeo says 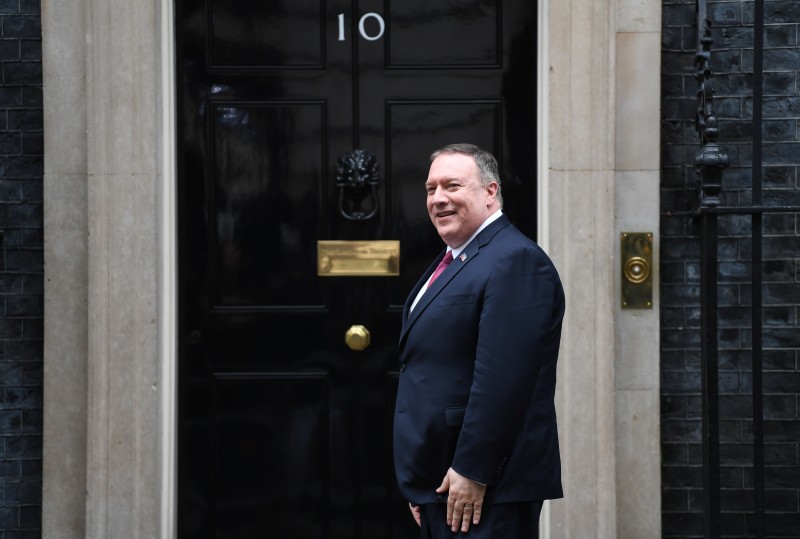 Chlorinated chicken must be on the table in UK and US trade talks post-Brexit, Mike Pompeo has insisted.

The US secretary of state said the Trump administration will demand the inclusion of foods such as chlorinated chicken in negotiations.

While he admitted the issue would be 'real contentious', farmers in the United States would also insist on the product's inclusion.

Speaking to Iain Dale's programme on LBC on Thursday (30 January), Mr Pompeo said: “Our ask will be as it has been in the other negotiations, we need to be open and honest about competitiveness.

“We need to make sure we don’t use food safety as a ruse to try and protect a particular industry.”

Despite admitting that agricultural issues are 'deeply political', Mr Pompeo went on to say that the biggest winners would be 'consumers who are going to be the net beneficiaries of these really good deals'.

“We need to have conversations about the places we have opportunities to give and take and then deliver on outcomes that benefit the agricultural sector - and most importantly consumers who are going to be the net beneficiaries of these really good deals,” he said.

It comes just weeks after the UK's Defra Secretary confirmed that chlorinated chicken and hormone-treated beef will not be imported after Brexit.

Theresa Villiers said the current EU ban on the two controversial methods of food production will pass into UK legislation.

But Washington has frequently urged the UK to relax food regulations to make any future trade deal quicker and easier to conclude.

Recently leaked trade documents show the US has tried to push the UK away from the EU's food safety standards.

American negotiators had ‘the most angst’ about EU limits to the use of chemicals in food production, the documents say.

UK farming groups, however, fear lower-standard food imports would force farmers to drop their standards in order to compete.

Farmers in the United States could 'outcompete' British farmers in a trade deal post-Brexit, the NFU warned last August.

Practices used in the US that are currently banned by the EU due to perceived safety concerns include genetically-modified crops, chlorine-washed chicken and the use of hormones in beef production.