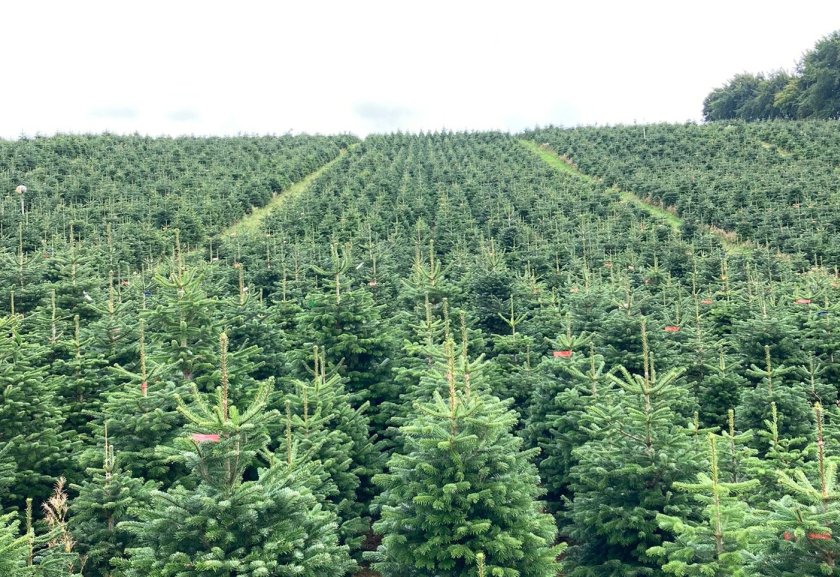 With less than 100 days to go until Christmas, growers are warning of labour shortages and rising costs
Sign in to add your own press release SIGN IN Register

Growers have warned of a potential shortage of Christmas trees this year amid new Brexit regulations, soaring material prices and a lack of labour.

Christmas trees have been added to the increasing list of items that may not be available this festive season as the UK supply chain suffers a myriad of problems.

According to retailer Christmastrees.co.uk, new Brexit rules have made importing trees more difficult which will likely give rise to a shortage of UK grown trees.

Figures from the British Christmas Tree Growers Association show that between 8 and 10 million real Christmas trees are sold in the UK each year.

It is estimated that the UK usually imports between 1 million and 3 million of those Christmas trees each year from countries elsewhere in Europe.

Mark Rofe owner of Christmastrees.co.uk said: “We’ve spoken to our UK growers and they are all facing the same challenges.

"They are seeing an increase in demand for their product, especially from clients who would usually import their trees from Europe, but are keen to avoid any red-tape that could increase costs or cause delays for what is of course a highly seasonal and time sensitive business.”

On top of this, UK tree growers have warned of labour shortages, with the usual workforce - mainly from Eastern Europe - not available due to new immigration rules.

One major grower supplies the market with 100,000 Christmas trees each year and employs between 50 and 70 workers during the peak of the season.

In previous years they were reliant on European foresters who would come over for the harvest and then would return to their home country afterwards.

However, since the Brexit transition, the business has not been able to find and employ an alternative workforce for this year's harvest.

Growers have also warned that costs of raw materials have increased, with labour 10% higher, tree fertiliser up 100%, pallets to transport up 50%, labels and netting both up 15%, and transport costing between 20% and 60% more.

While haulage costs have increased, there’s also a concern about the ability to obtain lorries, with one supplier saying: “It’s crazy, haulage is up 20% to 60%, and we don’t even know if we will get them”.

Mr Rofe warned that it was going to be more challenging to get hold of a real Christmas tree this festive season.

"If you are able to get one, you can expect to be paying more than you would have in previous years," he said, "Wholesale prices have increased between 5% and 10% just this year.

"With Christmas trees taking an average of 10 years to grow, it’s not a case of simply just cutting more trees, especially when you don’t have the labour to harvest them, or the haulage to transport them."

It comes after the food and farming sector recently called for a 12-month Covid-19 recovery visa to help alleviate the workforce shortages.

In their report, they highlighted the impact the pandemic and the UK’s Brexit immigration policy was having on the sector’s ability to recruit key workers.

The sector is currently seeing an average vacancy rate of 13 percent, with estimates pointing to more than 500,000 vacancies across food and drink businesses.