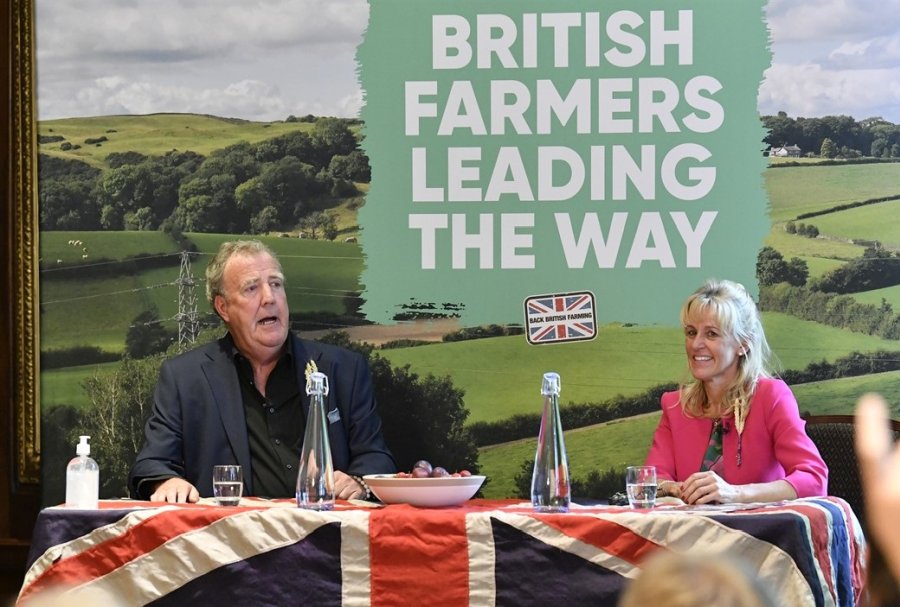 Jeremy Clarkson has called on the government to help increase the UK's food self-sufficiency levels, as farmers are 'capable' of doing it.

On Back British Farming Day (15 September), the celebrity farmer joined the NFU in London to launch the union's new report on British food production.

Mr Clarkson, whose popular TV series Clarkson’s Farm is set to return for second series, said at the Westminster event that 60% self-sufficiency was "right at the bottom of the end of where you want to go."

"I think it should be much more like 80%, we’re capable of it, we’ve got the right climate, we have the right soil, we could easily do it," he said.

“It should be as much encouragement as possible from the government to the farmers to actually get it back up a bit.

“If you’re thinking about the country as a whole and looking after the people in it, you have to look after the farmers who provide the food."

Minette Batters said that over the past few years not enough importance had been placed on Britain’s food production.

As an island nation which is well suited for quality food production, she said it would be a mistake to become even more reliant on the rest of the world to feed the UK.

“Delivering a comprehensive report into food security and taking appropriate action in response would show the government is serious about boosting sustainable food production in Britain," she said.

"This would not only help reduce the UK’s reliance on imports, which often fall below our own high standards of production, but also enable farmers to build the British brand overseas through trade."

Other key asks outlined in the NFU's report include extending Defra’s ministerial portfolio to include food security and agri-food trade and competitiveness.

It also calls for a government approach that enables new technology and innovation to be embraced by farmers, ensuring international competitiveness and climate friendly food production.