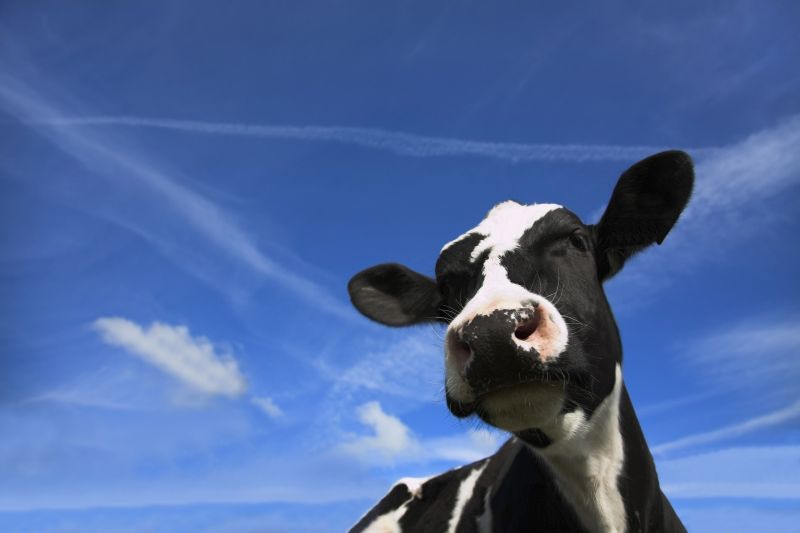 If the mercury continues to rise at record rates, farmers may have an 'uphill battle to survive'

As the UK braces for the hottest July day on record, an agricultural expert has raised concern over the strain of rising temperatures on crops and livestock.

The mercury is expected to break records on Thursday (25 July), possibly soaring to 38 degrees Celsius.

This would surpass the current July record is 36.7°C set at Heathrow in 2015.

But such records are a rising concern for the industry. Viv Vivers, of Farmers and Mercantile Insurance Brokers (FMIB), said hotter summers are 'taking a toll on farmers'.

Some farming businesses are increasingly faced with crop failure concerns, animal welfare issues and wildfire risks, due to climate change.

And some are still experiencing the fallout from last summer’s drought-like conditions.

Vivers warned that if temperatures continue to rise at record rates over the coming summers, farming businesses will have an 'uphill battle to survive'.

“Although people up and down the country are enjoying a break from the gloomy British summertime, it is sinking in that there are consequences to persistent heatwaves.

“Farmers are increasingly having to deal with extreme weather conditions – the pendulum now swinging between record levels of rainfall to record temperatures.

“According to the Met Office, the summer of 2018 was the joint warmest on record for the UK as a whole and the hottest ever for England.

“It also warned that climate change has made the record breaking 2018 UK summer 30 times more likely to recur – and by 2050, these are likely to happen every other year.

“The summer of 2018 was a challenging one for farmers, who suffered food shortages for livestock and poor harvests.”

She added: “This latest heatwave, following on the coattails of the record 2018 summer, gives credence to experts’ warning that extreme heatwaves in the summer could be the new norm, meaning increased volatility and uncertainty for farmers.”

Vivers said that farmers feel the effects of the hot weather in other ways too, including animal welfare issues and fire risks.

“The sad reality is that farmers, particularly smaller operations, are having to deal with all these risk factors on their own.

“It is hard for them to juggle the responsibilities of keeping their animals and fields healthy in such sustained, adverse weather,” she said.

Farmers are increasingly taking steps to minimise the risks of hotter summers, such as ensuring there is enough shade and water available for their livestock.

Other tips include keeping hay stacks out of direct sunlight and away from glass or mirrors, and that farm entrances to fields are easily accessible for fire engines.

Many farmers are also using water bowsers when harvesting, as combine harvesters are more prone to catching fire in the heat.