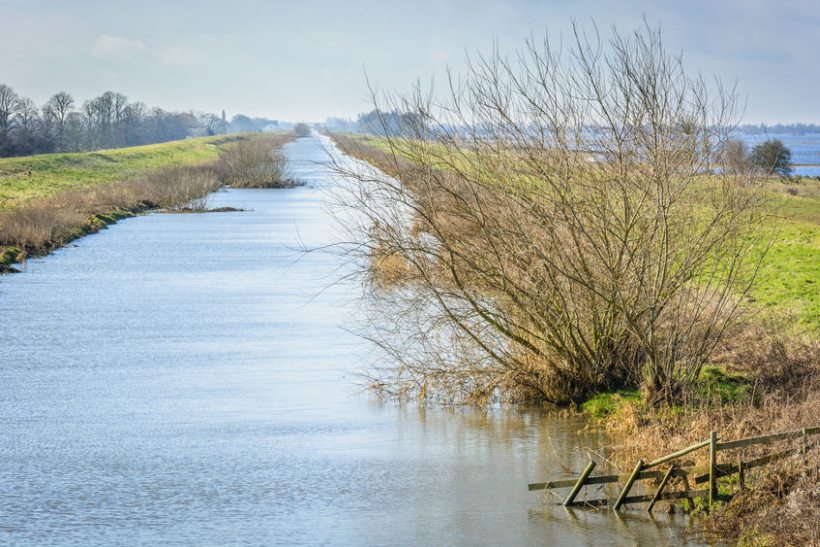 The NFU has urged the government to modernise the UK's water infrastructure to help farmers better cope with extreme weather events such as the recent Storm Christoph.

In a new report released today (27 January), the union sets out why a 'long-term collaborative approach' is needed as a critical response to climate change.

Just last week, farmers and land managers felt the impact of Storm Christoph after it left hundreds of acres of productive farmland under water.

Most farmers have experienced extreme weather, as figures from the report show that 57% have witnessed flooding or drought in the past 10 years alone.

It calls for the creation of a 'multi-sector integrated water management strategy' to secure a fair share of water for agriculture and establish the agri-food sector as an essential user of water.

The government and water firms should invest more in the nation's water infrastructure - the report highlights that an 'ambitious upgrade of ageing flood defences, drainage and waterways' is needed.

Farmers can also be part of the solution, the NFU says, by taking on-farm action to help achieve climate change goals, such as the net-zero by 2040 goal.

“We need to think long-term instead of reacting every time we’re hit by a severe storm or a spell of hot, dry weather," he said.

"Cooperation between farmers, government and water companies is vital in our response to managing flooding and drought risk, to protect productive farmland and ensure farmers are getting their fair share of water.

"We should embrace Britain’s great engineering and science skills to look at ways of how we can collect and store water when some parts have too little and others too much.

"This could enable farmers to grow more fresh fruit, vegetables, flowers, or other crops here in Britain, in addition to farming smarter to bring down our emissions and help achieve our net zero ambition by 2040."

He said there were already examples of farmers adapting their businesses to make them more resilient to extreme weather, such as developing on-farm rainwater harvesting systems and using precision irrigation

But he said they could do more with the right level of government support, such as funding to build more on-farm reservoirs and invest in new irrigation equipment.

“The series of recent floods and droughts has highlighted the vulnerability of the entire country to extreme weather and climate change, from farmland to our towns and cities.

"A serious commitment by government, water companies and from farmers to upgrade and invest in our water infrastructure will have benefits for everyone,” Mr Roberts said.