Common British weeds could hold the key to ‘healthier’ lamb 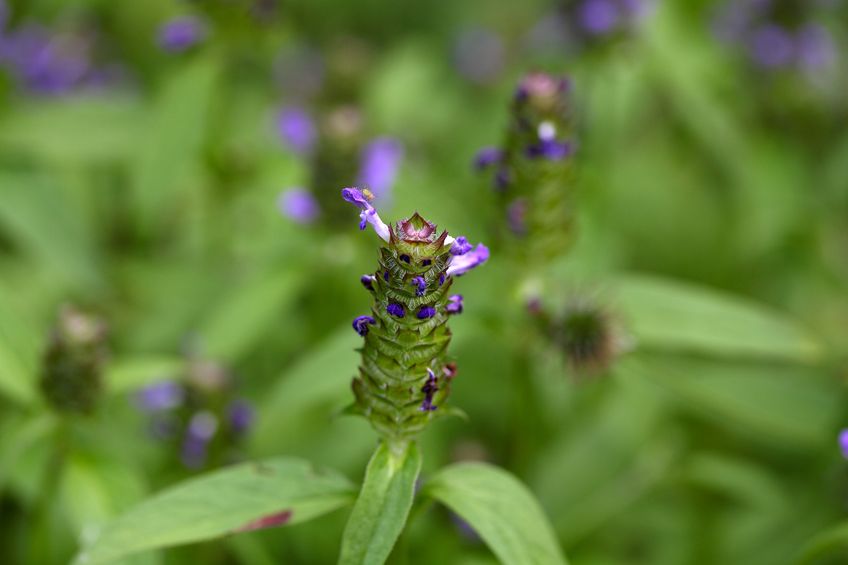 The study looked at increasing 'healthy' polyunsaturated fat in meat by feeding lambs unwanted weeds, such as the 'common self-heal'

A secret to lamb with healthier fat levels could be growing unwanted weeds in your unkempt lawn, scientists have found.

This includes Omega-3 and Omega-6 fatty acids, which are considered healthy for humans.

In a study published in Animal, the team conducted two experiments to assess the profile of fatty acids found in six common plants.

The first test assessed how these plants affect the amount of PUFA available to lambs after simulated digestion.

The second, which involved lambs grazing on pasture which included the six plants, assessed the content of the ‘healthier’ fatty acids in lamb meat.

Dr Kirsty Kliem, from the University of Reading and lead author of the paper, said the study is the first to focus on common British plants that are often found growing wild in meadows and biodiverse pastures.

“The results were really encouraging as we saw that by including these plants in pasture consumed by lambs, there were more ‘healthy’ fatty acids appearing in the lamb meat,” Dr Kliem said.

Top of the revised menu for the lambs is the common British weed selfheal, Prunella vulgaris, which usually grows unwanted in gardens and unnoticed on grass verges across the UK.

The lab assessment demonstrated that birdsfoot trefoil and selfheal had the greatest potential to increase the amount of ’healthier’ polyunsaturated fatty acids, including Omega-3 and Omega-6 fatty acids, absorbed by the animal.

Professor Ian Givens from the University of Reading said: “Despite all the confusion about saturated fats, the evidence remains that if saturated fats are replaced with PUFA there is a reduced risk of heart disease.

“‘Replaced’ is the key word and whilst there was no significant reduction in saturates in the lamb meat, there would be a decrease in the ratio between saturated and unsaturated fat in the meat.

“It is normally long chain Omega 3 such as that found in fish that many people consume too little of, so it is therefore of interest that the fat of the meat contained more of these. However, arguably the downside is that most people will try to avoid eating that part of a meat cut as far as is possible.”

There is a lot of evidence already which suggests that cows and other ruminants which consume diverse pasture plant species produce meat and milk with a more ‘healthy’ fatty acid profile.

Dr Kliem continued: “Depending on the plant species involved there may be different mechanisms as to why this happens, which include secondary plant compounds in the plants which "protect" plant fats from the rumen, meaning that the animal absorbs more PUFA and deposits more in meat and milk.”

“Although these effects were significant, they were quite small and we’re not suggesting that this could be a replacement for oily fish high in Omega 3.”