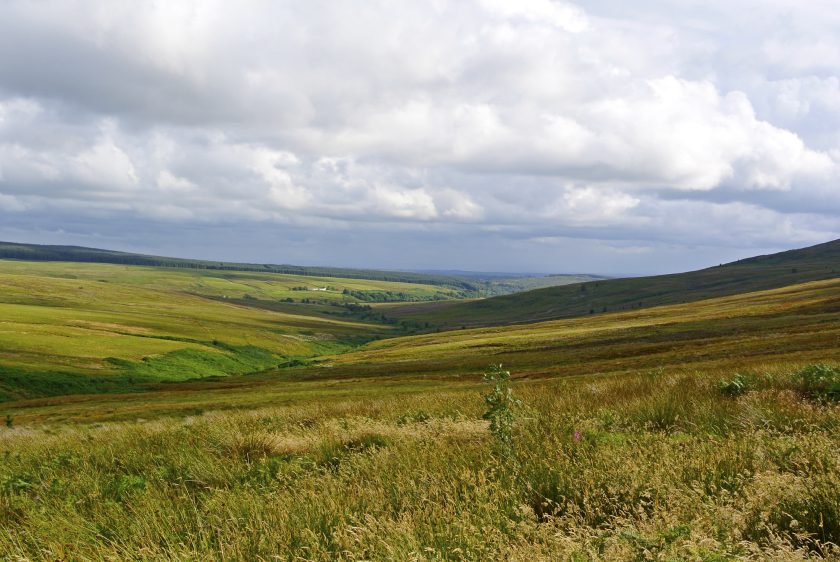 The South of Scotland’s largest community buyout is now set to go ahead (Photo: Tom Hutton)

A landmark community buyout agreement of £3.8 million for over 5,000 acres of land in the south of Scotland has been reached.

The Langholm Moor project in Dumfries and Galloway raised the funds as part of the south of Scotland’s largest community buyout ever.

The move will pave the way for the creation of a new nature reserve to help tackle climate change, restore nature and support local regeneration.

Discussions will continue over the remaining 5,300 acres of land the community has expressed an interest in buying.

The buyout agreement was reached between the Langholm Initiative charity and the Buccleuch Estate.

Benny Higgins, executive chairman of Buccleuch, said "The community has done a tremendous job in raising the funds to make this historic acquisition, and the plan to create a nature reserve has attracted widespread support.

“We have a long-standing policy of reducing our overall footprint to enable us to invest in other projects, and will continue this policy of selling land to interested farmers and organisations which express an interest.”

The purchase – to be finalised by January 2021 – will lead to the creation of the Tarras Valley Nature Reserve, with peatlands and ancient woods restored and a haven for wildlife including rare hen harriers.

The project will also support community regeneration, including through plans for the community to capitalise on new nature-based tourism opportunities.

The Scottish government's Cabinet Secretary for Environment Roseanne Cunningham, called the announcement a 'momentous moment for land reform in Scotland'.

"The project secured a £1m Scottish Land Fund grant in June, and it is of great testament to the Langholm Initiative that they have secured additional funding... to bring 5,000 acres of land into community ownership."

The Langholm Initiative had until 31 October to raise the funds for a deal, to avoid the Scottish Land Fund withdrawing their £1m offer – a proviso that left the community with just months to raise millions.

In the run-up to the deadline, Buccleuch Estates and the Langholm Initiative agreed a revised £3.8 million price for the purchase.

With the Initiative still requiring substantial funding in the final weeks, £500,000 was secured from the Bently Foundation.

Nearly 4,000 people have supported the crowdfunding appeal since its launch on 7 May.

In the final 48 hours before the deadline, and with the community still some £150,000 short of the total funds needed, the Woodland Trust agreed to contribute £200,000 to the project – taking the Langholm Initiative over the line.

Other leading charities that have supported the buyout include Borders Forest Trust, Rewilding Britain, RSPB Scotland, Scottish Wildlife Trust, and Trees for Life.