Company formed in bid to save Newton Rigg college 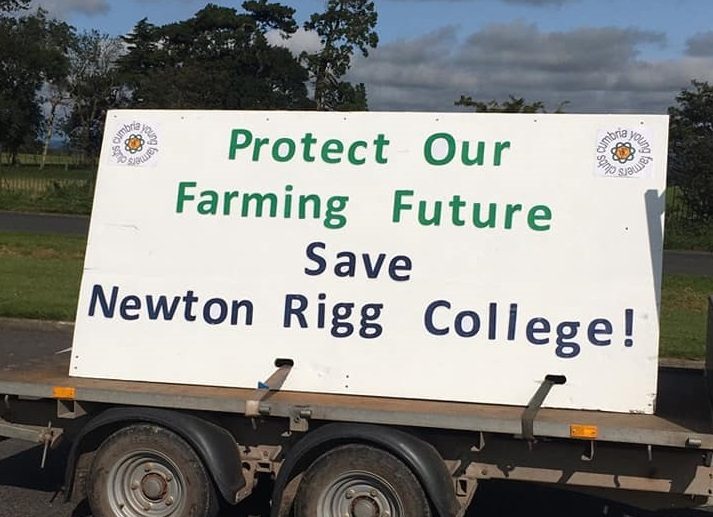 Newton Rigg Ltd has been formed to protect the site's future as a land-based college (Photo: Cumbria YFC)

A company has been formed by industry experts and members of the public to ensure agricultural education continues at Newton Rigg college.

Newton Rigg Limited has submitted an expression of interest to the Further Education Commissioner to take over the Cumbria-based site.

Newton Rigg Ltd Chairman Professor Andrew Cobb said the bid to save Newton Rigg was 'solely focused on the continuation, and development, of specialist land-based education'.

The college's present owners confirmed in May that it would no longer deliver educational provision from the site beyond July 2021.

The government initiated a formal strategic review of the situation, which has led to the opportunity for interested parties to submit offers for acquisition.

Working with local investors, Newton Rigg Ltd has secured the necessary funds to acquire the campus should the bid be successful.

Professor Andrew Cobb said the company believed the agricultural college had a 'vital and sustainable future'.

“Our purpose is to facilitate this by working with local investors and partners who share our vision; putting the student first, maintaining excellence in academic achievement, improving the campus, investing in new opportunities and building strong partnerships in land-based industry," he added.

Since the government's strategic review, several interested parties have approached with proposals for Newton Rigg's future use.

Bidders have until 30 October to submit their detailed proposals to the FEC. The successful party will be notified on 18 December.

Since incorporation in 1992, it has been owned or governed by four different corporations, including two universities.