Concern as Welsh farms 'bought up' for carbon offset projects 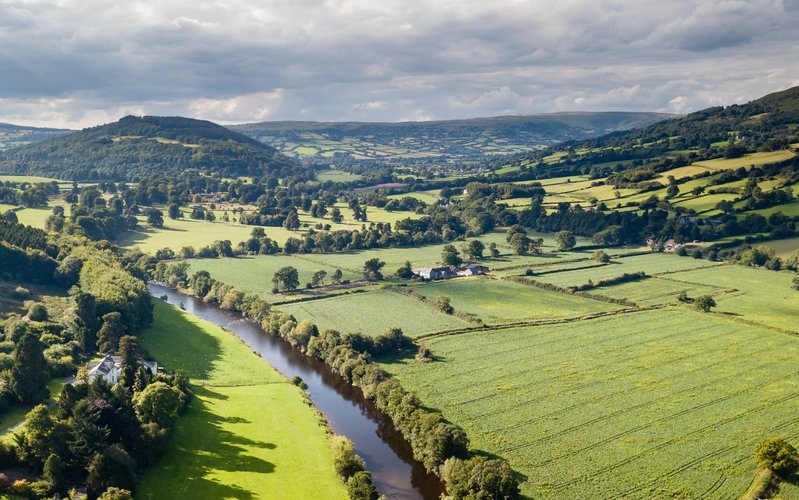 Figures show an increasing number of Welsh farms and land are being bought by people outside of Wales for tree planting and carbon offsetting, causing concern within the local farming industry.

The Farmers' Union of Wales (FUW) says it has received reports from members on an 'almost weekly basis' of whole farms or parcels of land being bought up by wealthy individuals and businesses from outside the country.

Land is being brought up for projects such as tree planting, the union explains, in order for purchasers to invest in the growing carbon market or to offset their own emissions.

The FUW has held longstanding concerns over the issue, with the organisation recently holding emergency talks with Wales' Minister for Climate Change, Julie James.

"Members felt strongly that the Welsh government and Senedd should take urgent action to tackle this issue through some form of control mechanism,” said FUW President Glyn Roberts.

He highlighted that the sale of carbon in this way "risks undermining the ability of farms, Welsh agriculture or Wales as a whole to become carbon neutral."

“When a piece of farmland is sold and planted with trees it is no longer officially available to the agricultural sector for offsetting emissions," he explained.

"If someone plants trees on Welsh land and sells the carbon outside Wales then this does nothing to help Wales reduce its carbon footprint."

Mr Roberts added that he welcomed Minister James' confirmation in the meeting that the Welsh government was looking into this issue, and shared the FUW’s concerns.

Figures recently released by the Welsh government have confirmed that a growing proportion of Glastir Woodland Creation (GWC) scheme money is used to pay for tree planting on Welsh farmland bought by investors with addresses outside Wales.

The figures also confirmed that the areas planted by such investors are on average many times greater than what is planted by those with Welsh addresses.

Mr Roberts said: “Our concerns were confirmed in a recent Welsh government response to a Senedd question by Plaid Cymru, which revealed that between GWC application windows 8 November 2019 and 10 November 2020 the number of applicants with addresses outside Wales grew from 3% to 8%."

It was also revealed that between windows 8 November 2019 and 9 March 2020 the proportion of land accepted for the GWC grant following applications from outside Wales rose from 10% to 16%.

The figures also reveal that the average area of land planted with trees by GWC applicants from outside wales was 96 hectares in during the last planting season, compared with an average area of 17ha planted by applicants with addresses within Wales.

"During the meeting we also discussed a number of other issues, including how we can ensure the right tree is planted for the right reason in the right place," Mr Roberts added.